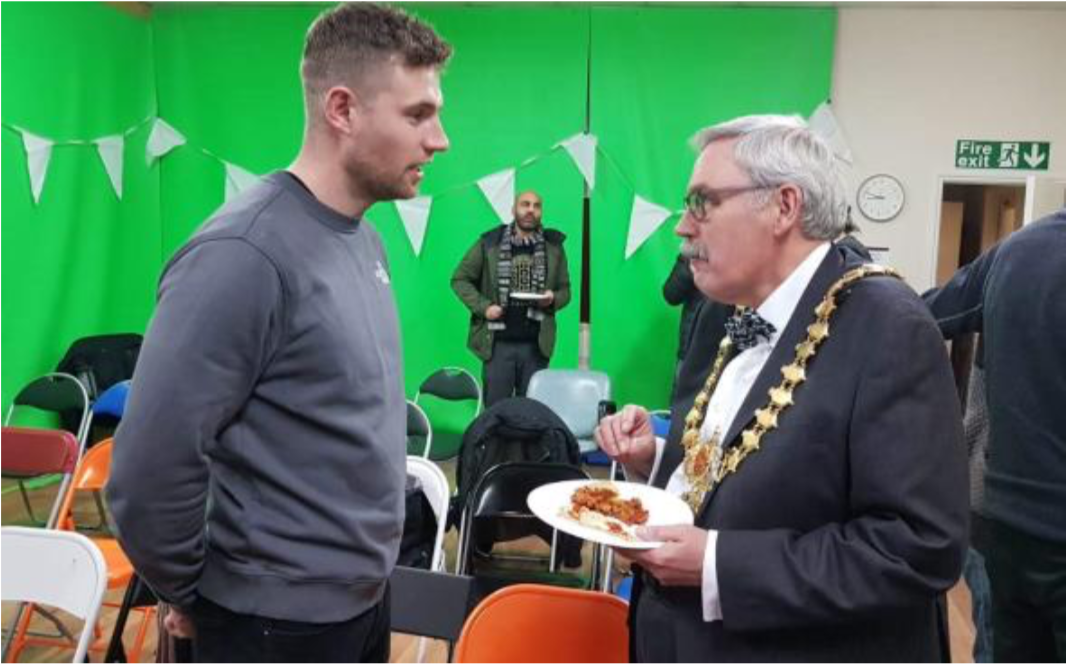 This January the Quest ‘Homecoming’ was hosted in Leamington. The ‘Homecoming’ event marks the completion of the quest programme and celebrates the achievement of the young men who have completed the journey. It is an important part of the quest because these young men may have never experienced acceptance within the community in which they live.

Each young man was invited up to the front of the assembled crowd, each with his mentor. Recognition of their achievements was shared in a celebratory way and honored with a gift of a book and a carved arrow head necklace. Each of the young men also had the opportunity to speak of his own experience. This was a powerful and moving part of the evening – a demonstration to all those who support a A Band of Brothers that it positively changes lives.