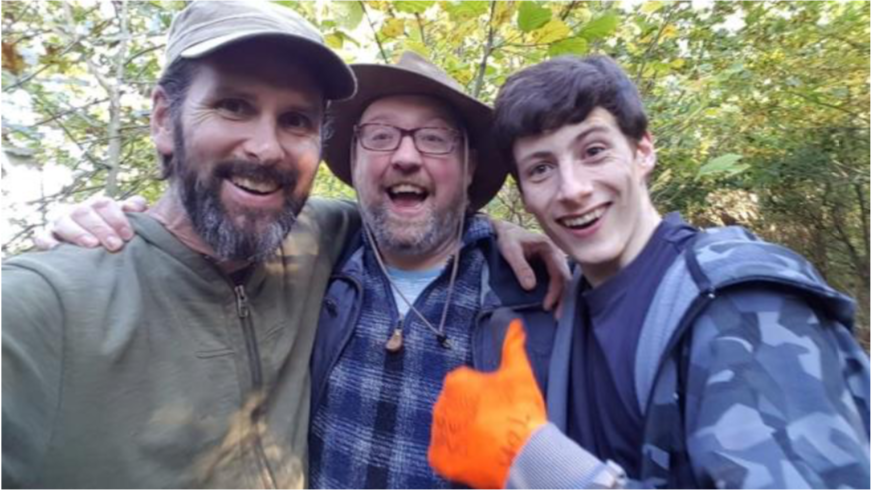 Participants of the Quest began their journey on the residential and have been supported by attending weekly community ‘circles’ and meetings with a chosen mentor. The experience is powerful and not always easy for these men, who sometimes have never had a support network of positive male role models in their lives. Often the difficulties they face are complex and do not have obvious quick fix solutions. The Quest is not about solving men’s problems for them but giving them a space to come to where they can be seen and heard in whatever struggle they are experiencing.

Running a Quest programme requires a large number of volunteer men from Leamington and the surrounding area. The benefit of the camaraderie is felt by everyone involved.

During the Quest there are several days spent out and about as an opportunity for socialising while doing something enjoyable and worthwhile. This year we hosted community day at Canalside Community Food in Leamington where we got stuck into some woodland management and enjoyed some time around a campfire.

In November we got together to spend some time exploring the local area, visiting Ryton Pools Country Park and neighboring Warwickshire Wildlife Trust woodland for a muddy but enjoyable hike.

A few weeks later, on a windy December morning, the brave Leamington Abob men gathered at Coombe Abbey Park to challenge themselves on the Go Ape! high ropes course. Despite gales nearly causing the activity to be called off, everyone who attended negotiated all manner of aerial obstacles. We were inspired watching men overcoming their fear of heights to take part!