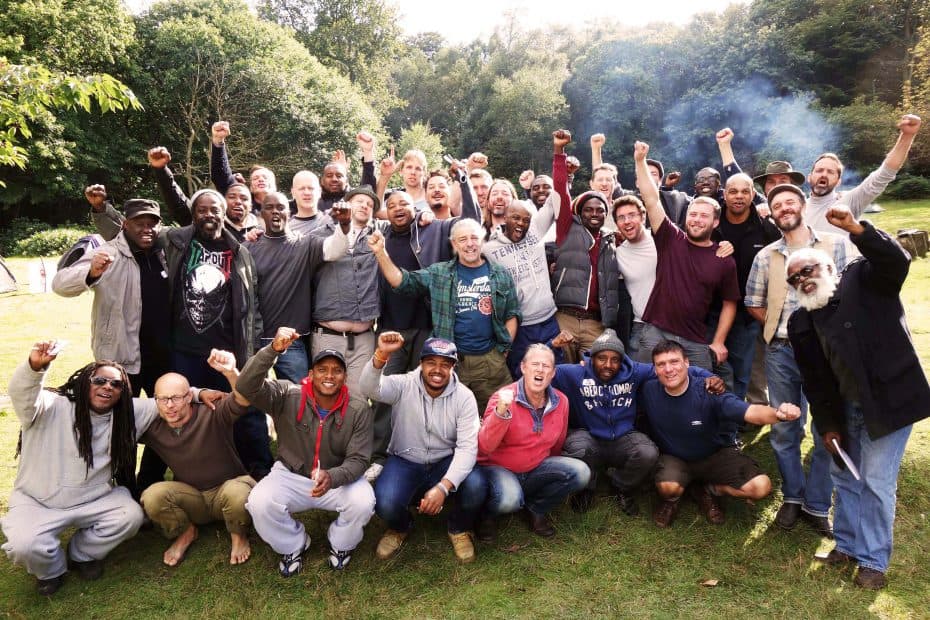 Starting an abob group in London was never going to be easy, but the Haringey Group is now ready to receive mentees. One of the senior facilitators, Royston John who runs the National Coalition-Building Institute and is a former Vice-Chair of Lewisham Community Police Consultative Group says: “It has been a two year journey.
It was slow because men in this community were sceptical about outsiders coming in and saying they could make a difference to their young men. But we continued with openness, honesty and integrity, resulting in our most recent Beyond The Hero training with 16 new men, most of whom were of African descent. This is the first time this balance has happened within the abob community which is fantastic.
We now have a community of 40+ men in Haringey.
Most of the weekly feedback now is of men feeling as though they have really come home and really belong to a community of men. That is so comforting. Many men speak of releasing the burden of pain that they have been carrying for so long. That release allows them to go forward with a life built on real trust and brotherhood. They feel supported. They haven’t experienced this anywhere else so it is powerful.
One of the strengths of ABOB is that every member of the staff team has been on exactly the same journey.”
Men like Ken Hinds and Errol Murphy have led the way, by turning up and committing to the weekly circle. “We have learnt good communication skills in this circle, like being able to challenge each other while remaining in relationship. We do that before we settle down to other issues.”
What’s next? ” On Oct 9 -11th, we will have our first Quest for Haringey mentees. They will come through our partnership with MTC Novo and the Haringey Community Rehabilitation Company (the former probation services). The plan is to go out and meet these young men one at a time. It will be a gradual process and it is very exciting in terms of potential.”
This website uses cookies to improve your experience. We'll assume you're ok with this, but you can opt-out if you wish. Cookie settingsACCEPT
Privacy & Cookies Policy