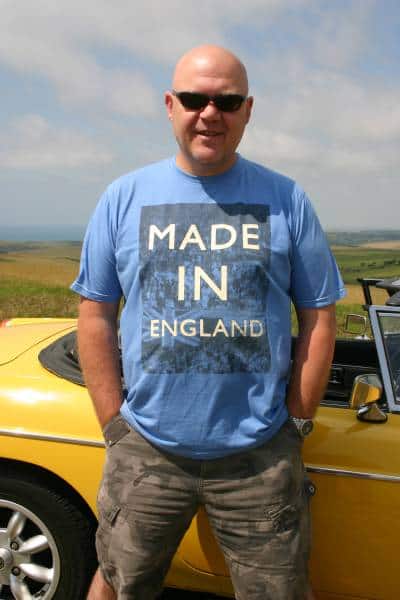 How did you know about abob?
Community policing had always been at the heart of my methodology as a police officer for 30 years, and I had noticed something about abob online a few years ago which sparked my interest. Then as I actually came up to retirement, my wife sent me some more direct information about abob. She’s great at giving this kind of a steer and she just said: ‘You don’t want to waste your skills do you.’ I didn’t.

And how did you get involved?
I delved deeper. Of course I was aware that some of the young men would have been offenders that I dealt with as a police officer and I knew that abob’s values very much echoed my own. Integrity has always been very important to me. I dived in at the deep end.

How was BTH?
I was skeptical. All my military and police training in the shape of self-preservation was screaming ‘No!’ But one of my beliefs is that the only way to make a cake is to include all the ingredients, so I did. I mean I realized that I had to really put all of myself into it if I wanted to get something credible at the end. And to be honest, I had no idea what was going to happen. But I pledged to go for it.

For me, it was about being with such a diverse group of men. I felt humble actually and quite comfortable in some ways. It made me realize what a rich life I’d led in terms of the mix of the good, the bad and the ugly.

What about expressing your feelings?
I had already been taught by my wife not to bottle up emotions and to talk about stuff when I had a problem, but I’d never done it with a group of strangers. Again I made a pledge to myself that I would do it.

How have the weekly meetings been for you?
Again I was skeptical until I experienced the effect of all of this work on the young men. That is the nub of everything for me. I staffed my first Quest Weekend in May, and then I was part of the group that went to climb Snowden with the young men. I saw what a challenge that was for some of them; then I saw the joy on their faces, that sense of achievement. I could see that for some of them, this was one of the biggest things they’d ever done. And I could see their transformation. That reversed my skepticism.

I attend the meetings with the spirit of service to others, but I always come home with the feeling that I have taken away more than I have provided.

Have there been difficulties around you being a former policeman and the young men being in contact with you in that capacity?
There has been the trust issue. I wasn’t chosen to be a mentor at the first Quest but I feel as though that is changing now. I was half-expecting that. On the latest Quest, one of the young men came up and shook my hand because of something I’d said that he resonated with. That felt like a real connection and I felt a warm glow afterwards.

How are you feeling about abob and the future?
I am brimming with enthusiasm. I can only see a brighter future for abob as more and more young men spread the word, and the work expands across the UK.