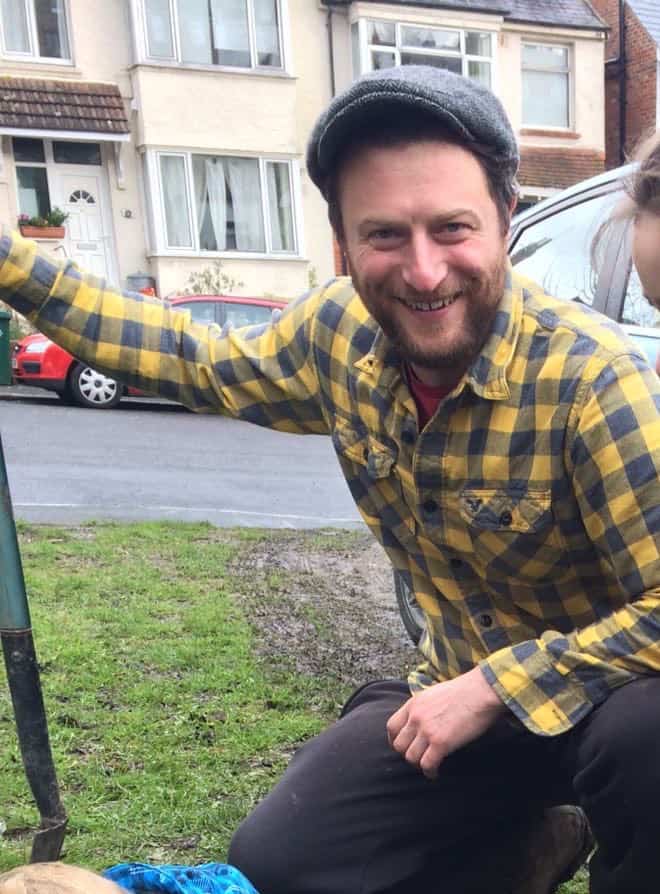 What attracted you to mentoring with abob?
I had a year of pretty bad anxiety and wanted to change things in my life. I wanted to start doing things with more purpose and to benefit the world. Initially I just googled “mentoring in Brighton” and they were the first to come up.

What was your first experience of abob?
An Intro evening with about 40 men in 2013. I’d never sat in a circle of men before. I was quite nervous but I was inspired me by the way that the group was held and by the story of Abob. They showed a video which included the Snowden trip with the younger men and I was moved to tears at what they’d achieved together. At that point I knew abob was for me

And how was your initial Beyond The Hero training?
I didn’t really know what was going on at first but I gave myself fully to it. I was completely captivated by the magic of it. I remember, towards the end looking round in awe at the other men; in awe of the lack of ego and competition between men here. It was a profound experience. I’d never experienced anything like that between men before. It fully hit me what a difference we can make when we work together.

How did you become a mentor?
I did the mentor training and mentored a young man called Ben Dalby. He then came to Kenya with me and six others. We climbed Mt Kenya and planted trees to raise money for Abob. We both took on a huge challenge with that trip for different reasons and I saw a lot of growth in Ben. He has now found work building work now with my brother. The changes I’ve seen in him in the 3 years since I started mentoring him are huge and I really respect the work he’s put in to make that shift.

What have you got from abob?
I’ve got so much from my time with abob so far. A community and some really close friends. The opportunity to develop myself and work through deep emotional stuff that was buried in me. And constant opportunities to step forward into leadership roles. Abob men have really encouraged and mentored me and I now see myself in a very different way to how I did before.

Have you done any other trips?
I organized trip to Scotland last year for seven of the young men we work with and three mentors. We were planting trees with Trees for Life in the Scottish Highlands and we climbed a mountain and swam in the river. We stayed in a bothy with no electricity, no running water and no wifi. That didn’t go down too well at first but we had such a good time together! The lads still talk about it now.

Have you had any breakthroughs in abob?
Yes, lots. I’ve learnt how to grieve the loss of my dad. I have been able to see where I was going wrong in my relationships and have developed a really special relationship with my partner Zoe. I became a dad last year and being in abob been instrumental in making me the present and loving father I am. And I’ve learnt how to be comfortable being myself which feels very freeing.

What do you think of the relationship of abob and the modern man?
Abob shows that it’s okay to have feelings and to express them. It’s such a huge thing for men to know that it’s okay to grieve, it’s ok to be angry and it’s welcome, all of it as well as to love and feel joy. Emotional awareness and expression is so important, for everyone not just for men. It’s just culturally it seems it’s been much harder for men to go to those places.

What do you think the potential is for abob?
I think abob are part of a zeitgeist where the cultural expectations of a man are changing. This is a big moment and we’re a big part of it. I think we have a model, which can keep expanding across the country, continuing to build community, supporting young men and changing the dialogue men have with each other. And that’s brilliant! I’d like to start seeing us collaborate with more women as we continue to develop. To move towards a more complete picture and an even more balanced community.