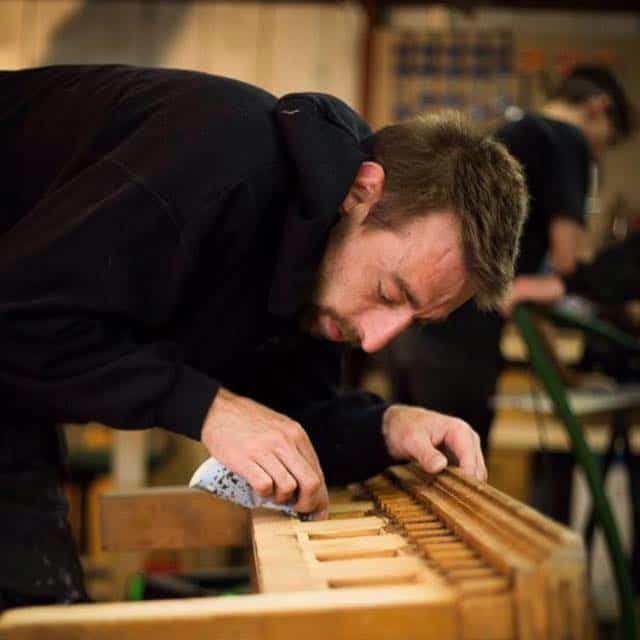 How did you become the first person in the history of abob to become a mentee and then a mentor?
I guess I’m a bit older than the usual mentees. I did the Quest and it had such a powerful effect on my life. I was transformed. I went in one person and came out another. My mum was amazed by the changes in me. I got more and more involved in abob community activities, and I wanted to become a mentor. They had a meeting and decided that I could. I’m very happy. I really like being the first man to be firstly a mentee and now a mentor. I’m passionate about the potential of abob and it’s so great to be involved. Now I have my first mentee.

You were in prison?
I went to jail in 2014 because I was driving a car where my best friend, Pete was killed. I don’t remember anything about this accident. In fact, I was in a good space because I’d just been allocated the job of security supervisor at the Olympic Games in 2012. I was thrilled but it was not to be. I was very badly injured myself and I only found out after a couple of months about Pete. My mum had to tell me. It was a terrible time. I started telling myself that not only was I useless but I’d killed my best friend too. I got 22 months. While I was inside, I found out about abob from the Probation Officer at Lewes prison.

How was The Quest for you?
Mindblowing. I’d never experienced anything like it in my life. I went there carrying the weight of the world on my shoulders and I was able to release that. I didn’t realize how much anger against myself I was carrying. And it was so useful to be able to let go of it. When I came out, I was able to appreciate my family and friends. I felt like a new person.

How have you changed since then?
I know who I am and where I want to go now. I know that I want to have a handyman business and also to help others. Abob really has given meaning to my life. After the Quest, I discovered a burning energy to get stuff done and support others.

I hear you designed Logan’s Garden?
Yes, Crawley abob got involved with ten year old Logan’s family because he has muscular dystrophy and the garden was unusable. I designed the new garden with decking, planting and for wheelchair use. I also wrote to local businesses to sponsor it. They did. Then I hand-made two benches. That moment when Logan saw his new garden is one of the best in my life. It was brilliant.

And you’ve been over to refugee camp in Calais?
I go every month and help build shelters for refugees to stay in out of anything that’s lying around the camp. Like wooden pallets. It really is inspiring there, in terms of appreciating small, everyday things. So many people have nothing, and yet they are so generous. And it is horrible there, they have rats the size of dogs. If you need to get something done, everyone comes out and works together.

What are you taking from abob into your future?
That there is support when I need it. The weekly meetings are invaluable with all the men. Also there are men available to talk at any time of day. No-one is judgmental either. It’s incredible.

Jayne, Simon’s mother
How was it for you after the car accident?
Terrible. In many ways Simon was stronger than me. He went through the prison sentence and he had to reassure me that it wasn’t the end of the world and that he would come out. He is my only son so I think that made it worse.

How was he when he came out of prison?
He was on a tag and he was like a caged animal. He used to read a lot when he was in prison but when he got out he couldn’t settle. We did talk quite a lot but that was all. He even asked me to put a lock on his bedroom door he was so uncomfortable.

And what was he like when he’d done the Quest?
He changed over that weekend. That was it. He started doing things again. He helped me around the house. He had a purpose. He wanted to help other people. He got involved with Logan’s garden. He did a beautiful design for that. The first activity he participated in, was the Dragon Boat Race. They didn’t win but he had a great time participating. He loves taking part in all these activities.

How do you feel?
Immensely proud of what he’s achieved in every way. I am so proud that he’s the first man in the history of abob to become a mentor after being a mentee. And he is so joyful now. That is a big difference. We have a good laugh together again.