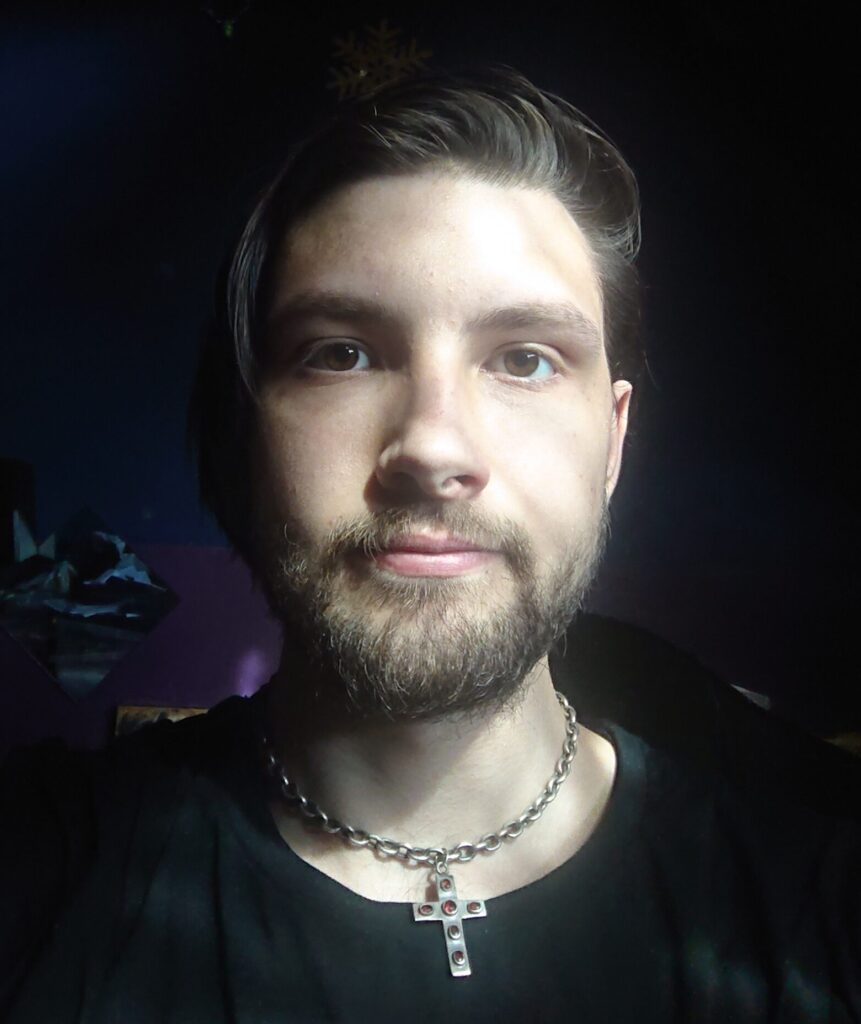 I’d met an abob man, John Darling before. I was in the care system, I had foster carers and he’d been working with me before. He contacted my social worker and we took it from there. I went along to an open meeting in Hastings which was pre-Covid. We saw ‘It Works’, the film about abob and what men had experienced. Actually, I was a bit daunted by it. It was loud and I’m not good with loudness. It was the idea of having a mentor that sold me. I thought I’d give it a go. I got a pre-weekend mentor.

How did mentoring go during lockdown?

As well as it could. We adapted accordingly. Sometimes we met in person and sometimes not. It was good to do it because I was going through a rough patch with my mental health. I was surprised by the kindness that I received so I did the weekend out of respect for that.

How was the Quest?

It was in 2021 and very challenging for me. I don’t talk or share with others in this way, generally. I learnt not to trust people in the care system and at school. I appreciated the structure in the weekend – it was a good balance of sharing and doing exercises. There were a lot of challenges for me within it but it was good that I’d met a few of the men beforehand. I wanted to leave a lot.

What did you get out of it?

A sense of community. My experience in the past of talking to men – was that I got hurt. So I had a lot to overcome. I was bullied a lot at school and violently. I’d always been an easy target. And I got hit by a car when I was 11. That was horrific too.  I didn’t know how to talk to others when I got to abob.

Why were you in Foster Care?

We were forcibly removed when my sister and I were young. My mother kept getting drunk and not being able to look after us. There’d been quite a lot of red flags before that. She missed doctor’s appointments and was drinking a fair bit.

How was it for you after doing the Quest?

I was refreshed. At some stage, I realised that I wasn’t going to get bullied. At the start, I was very worried but that changed after the first few hours.

Did you get to experience your sadness?

Yes, I did. That was very useful.

And you had a second mentor?

Yes, was so good to have two, one before and one after The Quest because I could relax more the second time and that meant I was open to more. I felt I progressed more. I was moving away from self-destruction. We went for walks, even read poems.

I’m doing a media course. I also did a catering course.

How are the weekly circles?

Great. We’re held accountable for our actions by ourselves. We meditate too. It helps me to learn social stuff around talking too. I was terrible at talking. But now I feel safe in a way that I never have had before. People say I’m more expressive. That’s a big bonus.