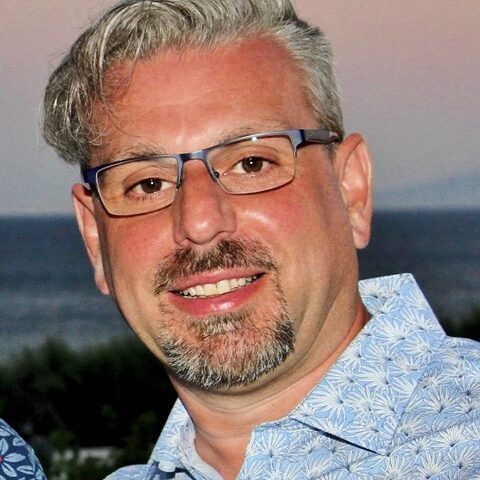 Community Mentor for the Midlands and North

What attracted you to abob in the first place?

It was 2015, I was facing some personal challenges and I realised that part of me had not grown up. I started studying about archetypes and participating in workshops that led to more self-enquiry and growth, one of which was led by an abob man Ben Cole and his now wife, Caroline. Ben had posted the rites of passage event on social media and highly recommended it. I didn’t attend any introductory talks about abob given the short timescales, I just felt that it was something that I needed to do but at the same time I felt fearful. To the extent that when I pressed send on the email, the level of anxiety I felt was as if I was falling off the side of a mountain.

What was your biggest fear about the rites of passage weekend?

I was scared that I wouldn’t be safe and that it would be a gathering of football hooligans. I wrote to Nathan (the CEO at the time) and kept repeating that I was gay and that if I was not welcomed then please let me know so that I wouldn’t attend. He wrote back an email that still makes me feel tearful. He said he felt saddened that this was still a question that had to be asked in this era, he assured me (and repeatedly reassured me) that I would be completely safe.

How was the weekend for you?

I had already done a lot of self-development work, I was keen to understand so that I could connect and relate better to myself and others. It may sound strange but I’d followed a chiropractor specialist around the world learning from him how the spine works and the ways to use certain techniques to reduce trauma in the body without involving the mind. And I was blown away by the abob weekend, I got the opportunity to actually release some of my traumatic earlier experiences using a combination of different approaches.

I was amazed that I felt safe enough to do this. I trusted these men, that was hugely significant for me. My truth came out. The truth can truly set you free when witnessed by men modelling compassion and acceptance and I felt liberated.

I also felt free by other men telling their truths, that was also very powerful. This cycle of being heard, witnessed and held brings transformation. It is a truly cathartic experience.

And my sexuality was not relevant at all. I didn’t feel for one moment that it was. More relevant was that I’m Spanish and brought the legacy of the aftermath of the Spanish Civil War under Franco, the brutality of that regime and the societal amnesia that followed. The weekend makes no assumptions around difference and no judgement. That is also liberating.

My wild man came through. I’m usually quite shy and retiring. I felt joy. I have previously hidden aspects of myself in the corporate work that I do, abob allowed me to reach them. Those playful, mischievous and powerful parts.

Did you go to the weekly meetings afterwards?

I live in North Warwickshire and I made a weekly 140-mile round trip to Oxford at the time because that was the location of the nearest local group. That was the level of my commitment. Every week for two years. Such was the value I witnessed in myself and others that attended those weekly circles that I became addicted to the positive changes I experienced.

And you immersed yourself in abob work?

Yes, I took on the Education and Training lead in Oxford. I did all the abob trainings that I could – from mentor to facilitation training. When we had young men coming through the mentoring cycle, I’d throw myself into being in-service to them. Sometimes one of them would miss their stop on the train and be miles from home so I’d go and pick them up. Why? I realised how important it was to be there for them in their time of need. So often they hadn’t had anyone to be there for them. Not that I wanted them to get too used to that, I was aware that accountability is a high priority with abob.

How did you set up your own local abob group in Leamington Spa?

There were a couple of men from Leamington who attended the Oxford abob circle. We were joined by a couple of men who had been waiting to start an abob community in Leamington. Someone said – who is going to lead us? And no-one put their hand up so which led to me doing it! But I admit that I was super-dynamic in bringing it all together. This was especially true as there was no template at the time for how to form a group whereas now there is a franchise model which guides emerging communities to form.

I pulled a plan together. We talked about a budget and how to raise it. I spent time with Helen Carpenter, abob’s fund development manager, learning how to get grants. Nathan asked some interesting questions which threw me at first – what’s your community’s purpose, is there a need for a group in your area, who are going to be your young men? They threw me at first and then I thought about the answers. I studied data and submitted our community proposal to Nathan and Dan.

The email back paid tribute to quality of the proposal and levels of dedication to produce it. That brought tears to my eyes and it still does – talking about it. They gave us their blessing to proceed with forming an abob community in Leamington.

As a result in the first 18 months, we did three Quests and recruited 52 men. We worked hard. We also raised £33,000. I learnt from Helen what angles to go for around funding. We went for funding for training older men to become mentors. And we did the applications specifically for Warwickshire.

We also made good contacts in the area like the High Sheriff and Warwickshire Constabulary. In fact, Leamington abob have recently received a High Sheriff award for valuable services to the community.

Once we got the money, everything else fell into place.

And you took on other roles?

A few years ago I became Council Representative for abob which meant I meet up with other parts of the abob organisation, conductors and reps three times a year to share learning and wisdom. That meant I started to understand the organisation of abob better including the use of sociocracy that is in place to support organisational governance and decision-making.

And I stepped down from being Leamington’s conductor in February 2020, just as Covid was starting. I was exhausted yet richly rewarded by the experience.

And you became the Community Mentor for the Midlands and North in Nov 2021?

There were a lot of good new developments in abob during the lockdowns and when this position came up – I saw the potential for being a cog in the expansion of abob. I did think at the time – whoever goes for this must be mad, then I found myself applying! And then getting the post.

How do you see the role of Community Mentor?

It’s a role which supports existing communities – Oxford, Leamington, Manchester – and supports emerging ones. For instance, at the moment Derby has two abob men who are trying to set up a group there. Because I have already set up a community, I can also mentor other men to do that too. Although they have to stand up and be ready first. It’s also about helping to see the needs of young men in their areas and being ready to welcome them.