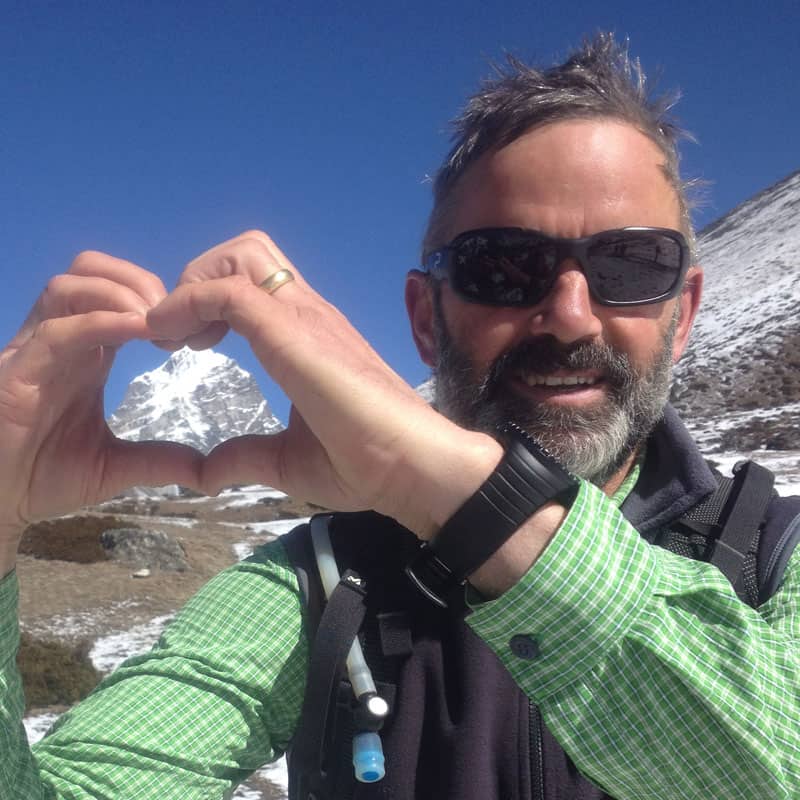 You were in the Marines, how did that affect you as a man?
I spent 12 years as an officer in the Marines. I was in the Falklands war and Northern Ireland. I still miss the camaraderie, the ease of trust between us because we’d all been through the same tough training, and the humour. But to operate effectively, I found myself shutting down my emotions, something I’d learnt to do well during 10 years at boarding school. I dealt with celebrations, difficulties, grief, shock and disasters through alcohol (in the Marines, not at boarding school!!). It was all about not being seen to crack and to retain control over emotions under any situation, which was hard and it had an impact on other areas of my life.

How did you know about abob?
I’d been the Interim Chief Executive at Switchback, a mentoring scheme for young adult offenders from 18 – 25 in East London and I’d seen how much this had helped these young guys who get very little support in society. I was looking for something else in the same arena and an advert for abob popped up on FB. I went to an open evening in 2012 and when I had time last year I did the Beyond The Hero weekend.

How was BTH?
Fantastic. A recent job had come to a crashing end so it was exactly the right time for some self-evaluation. I said to Nathan….”I feel so self-centred doing this” and he replied: “Mate, you’ve got to be in the right place yourself before you can help other men.” BTH helped me get over a traumatic 3 months. I’d done the Hoffman Process which helped me become aware of family patterns and this carried on from there. Abob split me open in a good way. I did a lot of grieving and I found witnessing other men letting it all go hugely transformative, it gave me permission to do the same.

And then you staffed a Quest with the young men?
Yes. I was profoundly shocked by some their stories and what they’d had to go through in their families. There was one young man who still feared for his life because of his violent father. I could see the physical and emotional effect this had on him, it was terrible. Like the Hoffman process, it also made me reflect on own fathering. It made me decide that I needed to be the best father and grandfather that I could possibly be now.

You became a mentor yourself?
To Ollie who’s 26 and it was a privilege to be alongside him as he discovered and understood what had influenced him from his own past. Basically, he hadn’t grieved the death of his father so that sorrow was coming out sideways as violence. Ollie is truly amazing. He’s been through all sorts of hell since his Quest and really gone through it, but he’s come through. I really respect his resilience. At the moment, he’s got a part-time job and he’s not drinking half as much as he was. As mentors, we do a 13 week programme with our men and now that’s over, I like to keep in touch with Ollie. I spoke to him yesterday. Listening is what really helps.

Do you think BTH could help men who have been in the services?
Yes, once they were able to trust ABoB. As a veteran, I wanted to deal with someone who understood me, usually another veteran. However, once trust is established, I think it would be very useful tool to support men in their transition from the services to civvy street. I found it tough to start a second career. BTH put me in touch with my feelings in a healthy way and give me a new community of like-minded men. I can really see it working.