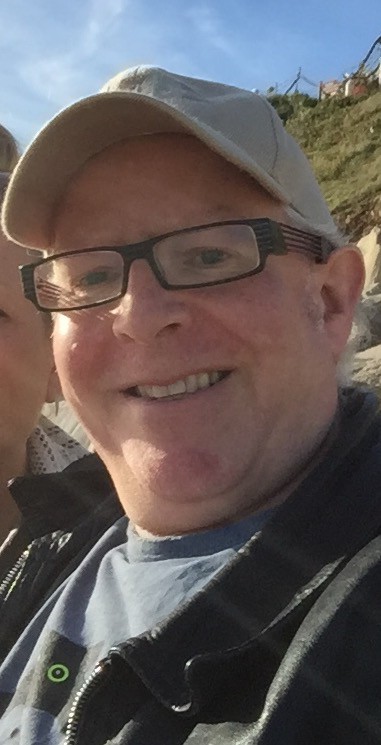 I moved to Cornwall in early 2015 from Brighton, to have a different kind of wild life, now I’m in my mid-50’s. Life’s now much more about the sea , and about walking and birdwatching.

I’ve been married and divorced twice, have a son Tom, who lives with me and his step-mum Thea – a strong
woman who is good for both of us.

I work as a coach, helping people sort their lives out by getting on with what really matters most to them.
I love live music, camping, hill-walking and kayaking.

I joined A Band of Brothers because I wanted to be a better dad and work out what was up with me, so I could get happier and then work to support other young men having a hard time too. It was a natural step for me, after being in a Dad’s support group that helped me when times were tough.

A Band of Brothers has been life-changing in helping me deal with things in my past that messed me up, and has created a really strong bond of trust and support between the men I work alongside. 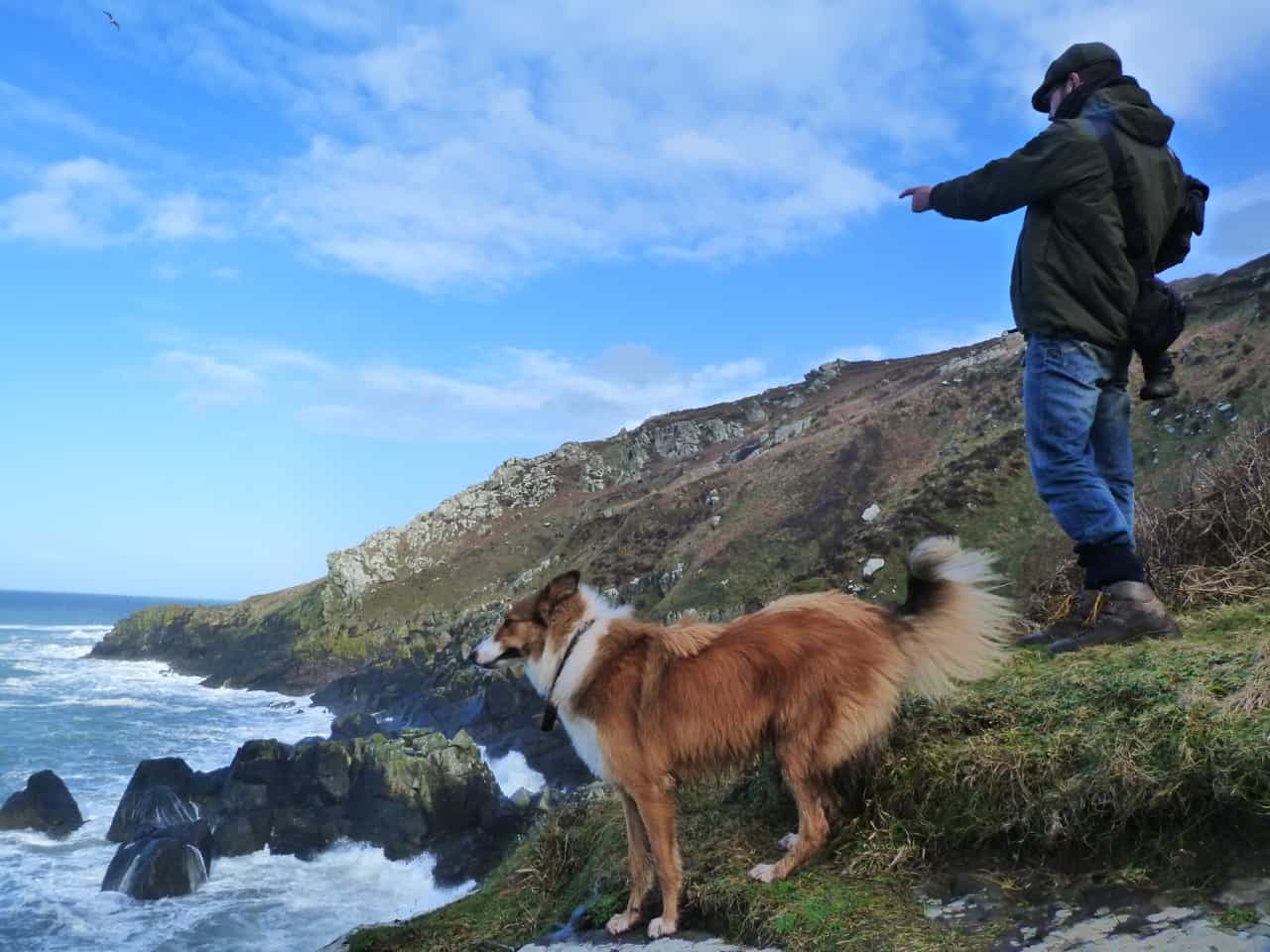 I am a father of two, living and working near Penzance.

I witness the hurt and trauma that I, and other men, carry with them being acting out in daily life and the confusion, misunderstanding and loss of connection this drama creates.

Through working with Band of Brothers, I seek to understand the nature of emotions, and to learn how they can be a force for positive change. Through honesty, acceptance and non-judgement I can become a more whole human being and this is the example I wish to bring to the world; for my children, the young men I will work with and my community.

The skills I have learnt as a facilitator have enabled me to become more present when interacting with others, particularly to listen fully and with integrity. I am learning to trust my intuition more and this brings with it a deeper sense of connection with the other men in our circle. 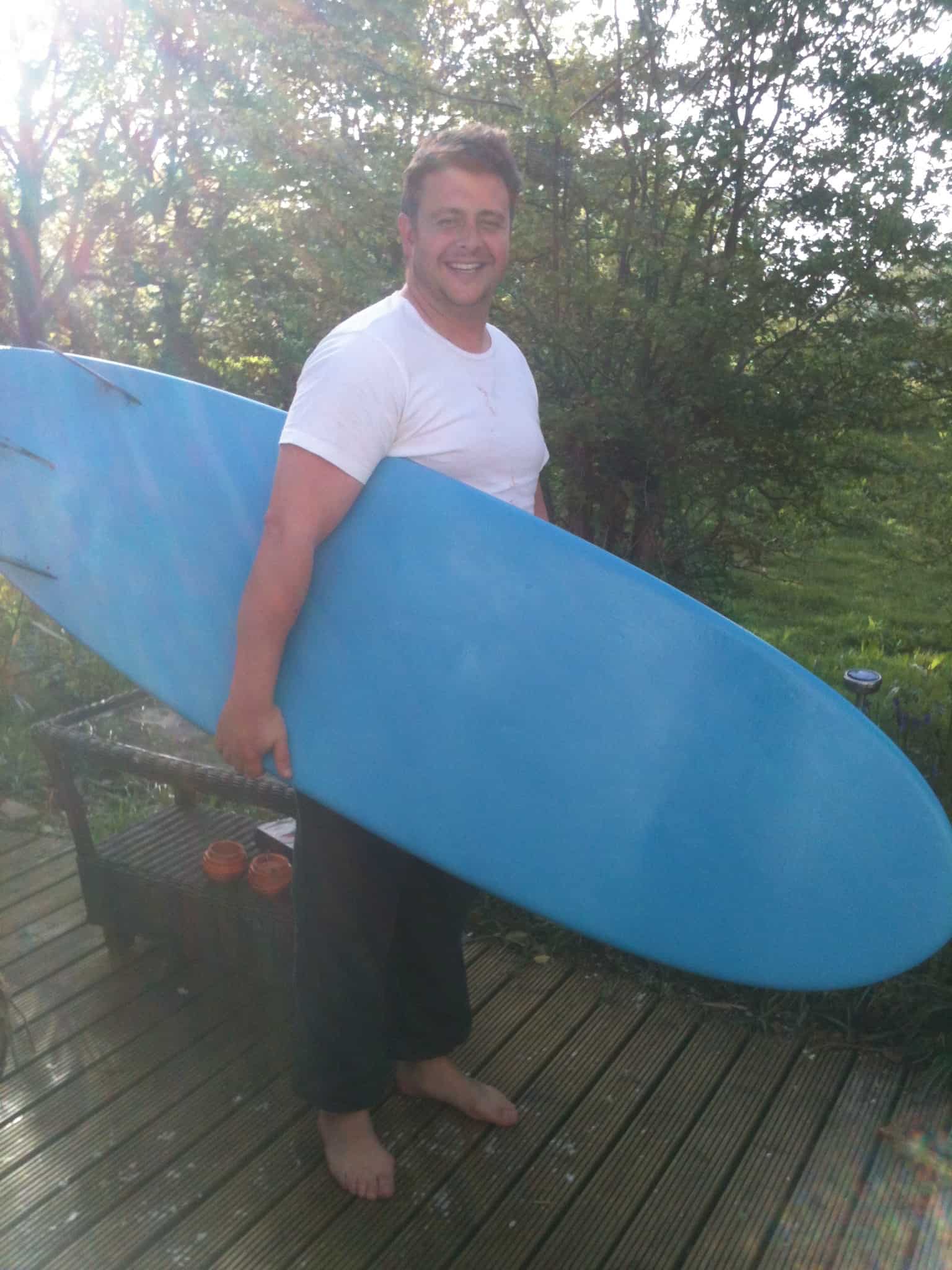 Hi my name is Luke,
I’m 36 years old and happily married to my partner, who I’ve been with for 14 years, we have two wonderful young daughters together. I have a full-time career as a surf instructor here in Cornwall and a passion for music (especially drum and bass). I have a growing vinyl collection and I also collect books on philosophy.
Since the age of 19 I have struggled with a mental health diagnosis. I managed to turn that around to eventually be working in the mental health sector for the NHS. Working there got me interested in narrative and the stories we tell ourselves; so I also managed to complete an English and Creative writing Degree and have two books published on kindle.

With the birth of my first daughter it fell upon me to become the sole breadwinner for the family. With a mental health diagnosis I found this very difficult (having done mostly part time work in the past). I also felt the loss of support from my wife as she became a full-time mother. I found myself becoming more and more despondent (and not for the first time in my life). It was at this point a good friend recommended A Band of Brothers to me and I felt I owed it to my wife and children to try anything to improve my situation.

Feeling I had nothing to lose I did a Beyond the Hero weekend and now I’ve been attending every week at my local community. I was astonished by the results in my improving personal well-being and the well-being of my family.
It has been a truly wonderful journey getting to know and being supported by A Band of Brothers and I feel that the work we do is truly inspiring.

I am an ecologist and landscaper gardener and spend my free time at the beach surfing or out bird ringing and am generally out doors exploring the cornish landscape. I am self employed and try to make as much time to be with my young family.

I was drawn to ABOB through a friend and did my Beyond the Hero without much knowledge about the organisation. I relish being part of a circle of inspirational men and part of a community. Our work in Cornwall has built a strong and safe place for us to grow our group as well as our continued personal development. 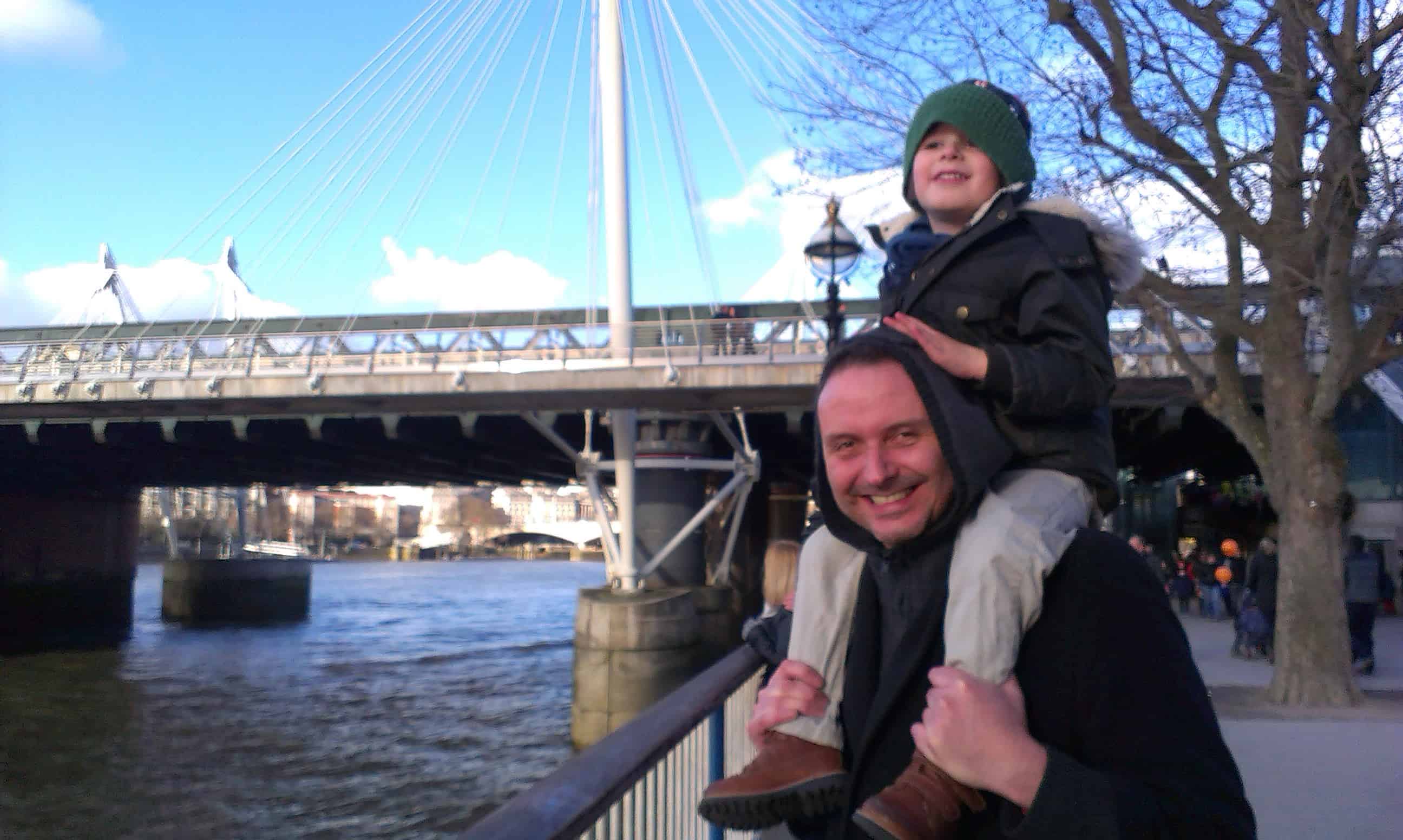 I moved to Cornwall 3 years ago with my partner and young son, having grown up in Scotland. Been a bit nomadic really – living all over London, Wales and even India for a couple of years.

When I left school, I was pretty disillusioned with the world and hid myself in decades-long drug use. I was a loner who would prefer to just sit around and get stoned rather than participate in life.

With ABoB, I get to connect with other men regularly and am learning to join in and contribute to something worthwhile. 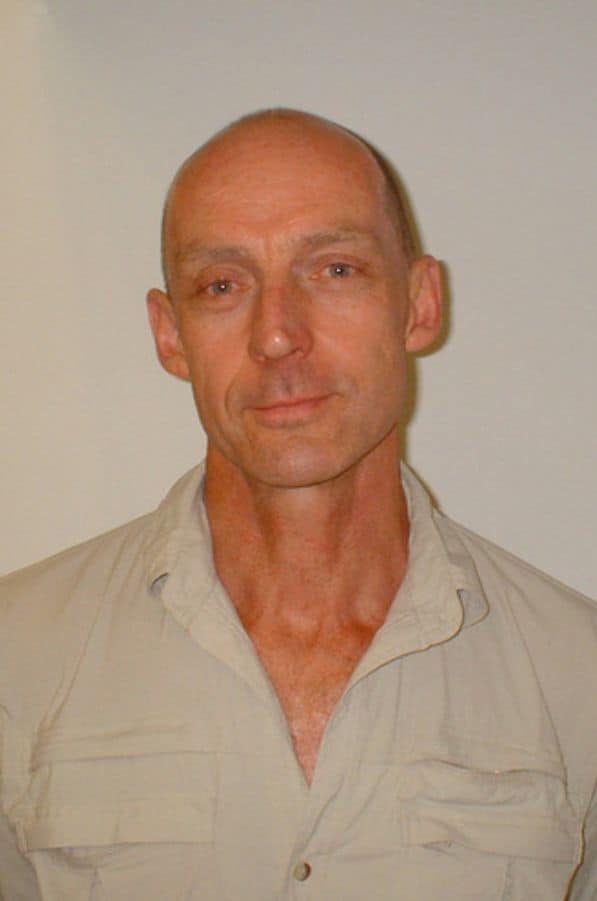 I live in Falmouth in Cornwall. I have two children, Ben(aged 34) and Jessica (aged 30) both of whom are teachers living and working abroad. I’m a 65 year-old retired teacher. I now have a couple of paid part-time jobs with a mental health charity. I also do some volunteering, cultivate an allotment and have learned to dance in the last few years.

I heard about abob by chance when I was telling a friend about some relationship issues. I went to an open evening and signed up for a BTH weekend having no idea that it would be such a life-changing experience Being in the circle has allowed me to express my feelings in front of other men and helped me to start dealing with long-term issues. I hope that I will be able to help young men find their way on the journey to adulthood. 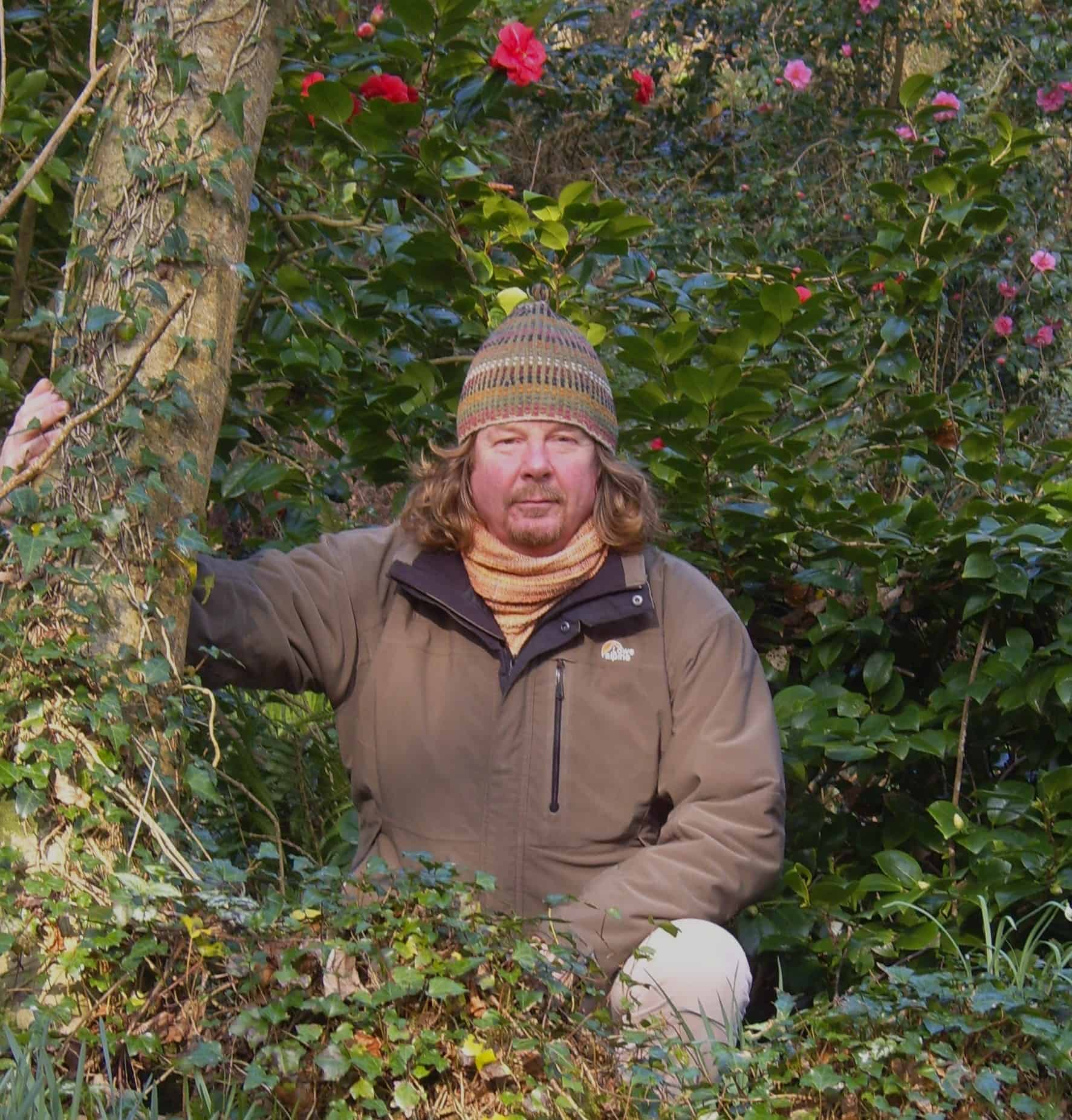 I am a 61 year old guy who works as Outdoor Counsellor.

I’ve travelled around the world and came down to Cornwall in 1994 where I set up a backpacker’s hotel near Lands End.

I’m involved in running Sweat Lodges and taking people out on Vision Quests.

I’ve recently moved, with my partner Claire, to a new home with some land where we are hoping to live closer to nature in sustainable abundance.

What is your motivation for being part of ABOB?

When do we become men?

Ever since I found out what it means, I‘ve always felt that it is essential for young men to go thru’ a ‘Rites of Passage’ ceremony, with elder men standing by, so that they will know that once they have made this transition in their lives that they can fully step into their role of being a man.

ABOB gives me the opportunity to be part of this transition with a strong, positive, healthy, heartfelt community of men who work to keep their circle clear and bright and safe and held, and welcome in young men, who need their support and solidarity, to do their work of healing and finding their true paths in life. 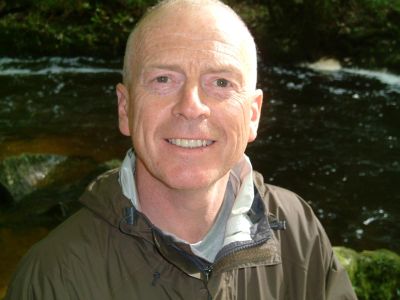 Originally a Cheshire cat…I’ve been here at the end of the land since 2005 after a stint in London and 10 years in Scotland in a Tibetan Buddhist monastery…now married to Janet a cockney las and we have a spirited 8 year old boy Rowan and an even more spirited dog Bonnie.

I’m hurtling towards 60 but still feeling like a kid at heart…I ‘work’ with an inclusive arts charity and spend most days dancing and being with people on the fringes of society.

That’s simple…it’s fulfilling a deep longing I’ve had since being a 12 year old with no dad at home and getting into ‘this an that’ which did me no good…apart from create the longing to be part of a real community of men that can support boys through a transition into manhood…so here we are ready and willing.