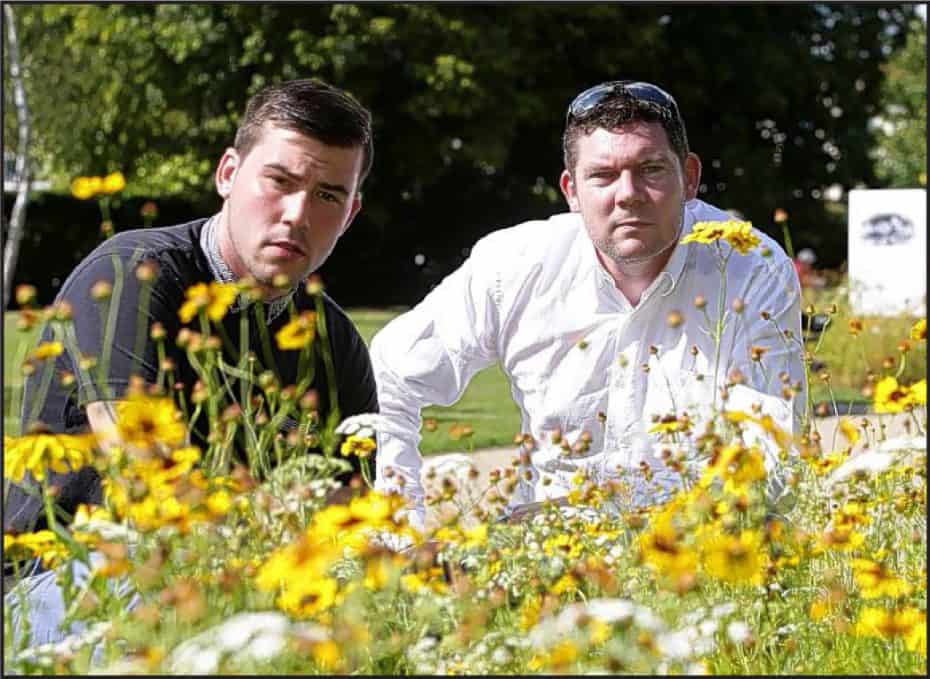 He has a string of convictions for violent crimes and was released from jail for the fourth time in January.
With this in mind, it would be easy to assume that Chris Smith is not a role model for other young men in Crawley.
But the 23-year-old has under-gone a remarkable transformation. The individuals who finally got through to him are a group of men called A Band Of Brothers, who act as mentors to young men who need to be brought back onto the straight and narrow.
Chris now believes he is the ideal person to steer t roubled youths away from a life of crime and is planning to become a mentor himself.
He benefited from the first Band Of Brothers course to be held in Crawley, which started in March and has just finished.
“I was on the streets at a young age committing crime with my friends, ” he said. “I was getting quite violent and fighting all the time from the age of about 14.
“I’ve been in prison four times, including young offender institutions. The prison system made me worse. I wasn’t a serious their crimes and it teaches you new ways to commit crime.
“Then I started a training pro- gramme to help young kids and I thought, ‘you know what? I want to do youth work’. I started changing but I didn’t really have that push until I joined up with A Band Of Brothers.”
The scheme is a 13-week course which young offenders can volunteer to take part in. Mentor
A mentor meets with the young person once a week to talk about why they behave like they do.
They also take part in a group session once a week with the other people on the course. It provides young offenders with a male role model and someone to talk to who is not an authority figure and not linked to the Pro- bation Service.
One of the scheme’s organisers, Darren MacDonald, believes this is the reason it works. He said: “These are people who are very well known by the Probation Service and they may have been in prison. What’s different about what we do is that it’s voluntary. The guys d o n’t have to sign up.”
This is the first time anyone has ON THE RIGHT PATH: Chris Smith and Darren MacDonald managed to get through to Chris. He said: “I’m used to sitting in a room with someone asking me, ‘why are you angry?’
“But with A Band Of Brothers, once you get angry they let you get it all out of your system then help you learn how to channel it and help you find out why ou’re angry.
“I never had a positive male role model in my life before. That was missing.
“I get on really well with my mum. When I first got back after completing the programme I cried in front of her. That’s something she’d never seen b e fo re.
“She was laughing and joking that they had finally broken me down.”
During the 13-week course, which he took part in alongside seven others, Chris, who lives in Salvington Road, Bewbush, also helped plant the commemorative poppy seeds in Memorial Gardens and helped elderly people at Age UK in Tilgate tidy up their garden.
With a fresh outlook on life, he recently stood up in front of a room full of police officers and members of the Probation Service and explained how the scheme helped him where others had failed.
And he now plans to become a mentor himself.
He said: “You’re much more likely to respond to someone who has been there than someone in a suit who has read about it in a book.
“I can tell them the things I have done and show them that if they don’t sort themselves out they are going to end up in prison.”
Darren believes there are a lot of boys and young men in Crawley who would benefit from this scheme.
He said: “These are young men who feel like they are on the edge of the community.
“T here’s a saying that if a young man isn’t initiated into the village that they will burn it down just to feel the heat. If no one cares about them they will make them listen.
“I believe that is what happened a few weeks ago in Bewbush when you had those 50 youths fighting. They are bored and frustrated and no one is listening to them.”
The next scheme is being run in Crawley on September 12.  For more information, visit www.abandofbrothers.org.uk/contact