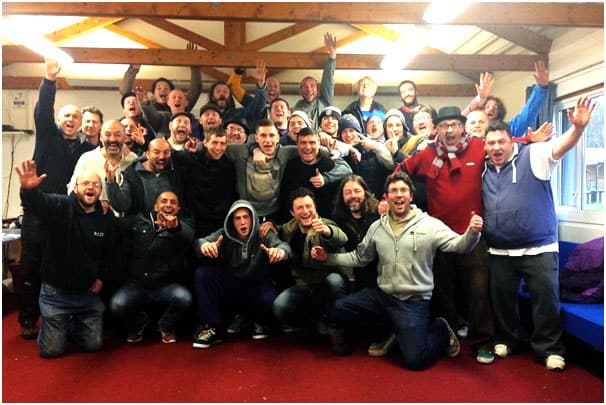 The Crawley branch of abandofbrothers was started in 2013. Men from the town and surrounding villages answered the call to become mentors to younger men who needed their support. In February 2014, after months of training from the team that had set up the original community in Brighton, the first ever Crawley mentoring programme got underway.

Eight young men from the Crawley community, who were recommended by the local probation service, were offered the opportunity to embark on a journey of self- discovery to understand how they could turn their lives around and move away from a life of crime. The journey started with a weekend camp where the young men were assigned mentors with whom they met for an hour a week over the 13 week programme.

During the programme many of these young men and their mentors provided a service to the Community assisting the “Let’s FACE it” campaign to sow seeds in the meadows of 5 Crawley neighbourhoods to bring some colour and joy to the locals and sowed poppy seeds on the “Heroes Walk” in the memorial gardens to commemorate the centenary of the 1st World War.

The community programme culminated in a private project to turn an overgrown and unkempt garden used by visitors to the Silver Birch Age UK Centre on Shackleton Road into a colourful and restful place for the elderly visitors to relax. 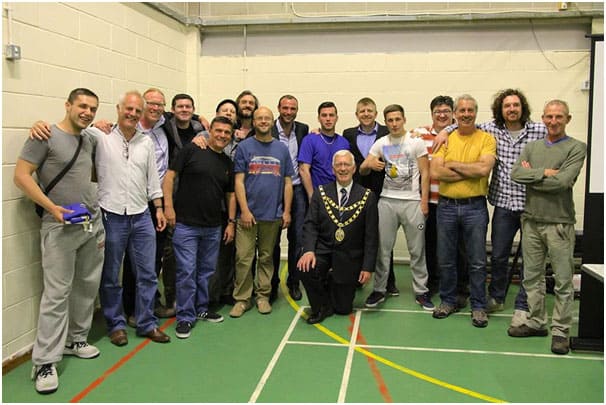 The people who attended the event heard some heartwarming stories from families and girlfriends who had seen such positive changes in these young men since starting the programme. The probation service detailed individually the positive transformation in behaviour and attitude shown by young men who they had previously known for years as habitual young offenders. Many of these men are no longer on probation and have made great strides towards putting their lives back on track – enhancing the lives of those closest to them and their direct community.

Chief Exec, Nathan Roberts at the Being A Man Festival 2015

Have a listen to Chief Exec, Nathan Roberts, talking about what abandofbrothers do, and why he was personally drawn to the work. As a man. This was part of BAM Bites, an hour long event during the Southbank’s Being A Man Festival 2015. Tune in at 38 mins. Being a Man 2015 | BAM Bites...

abob on the World Service

Mentee Chris Smith and mentor Darren Macdonald were interviewed on this recent BBC World Service programme on Waithood about delaying adulthood. Chris, once again, brings his radical honesty, vulnerability and grace to the airwaves. Check them out at 18:14 The Compass – Caught in Waithood – BBC World...

Kyren Barrett tells the Crawley News his story. From being a repeatedly violent offender to an aspiring youth worker. Transformation is possible. This is a young man who has spent 8 years in prison. And now thanks to abob, he has found a sense of purpose. Former Thomas Bennett pupil who used to earn money beating people up turning life around after 7th spell in...
« Older Entries
Next Entries »
Share This