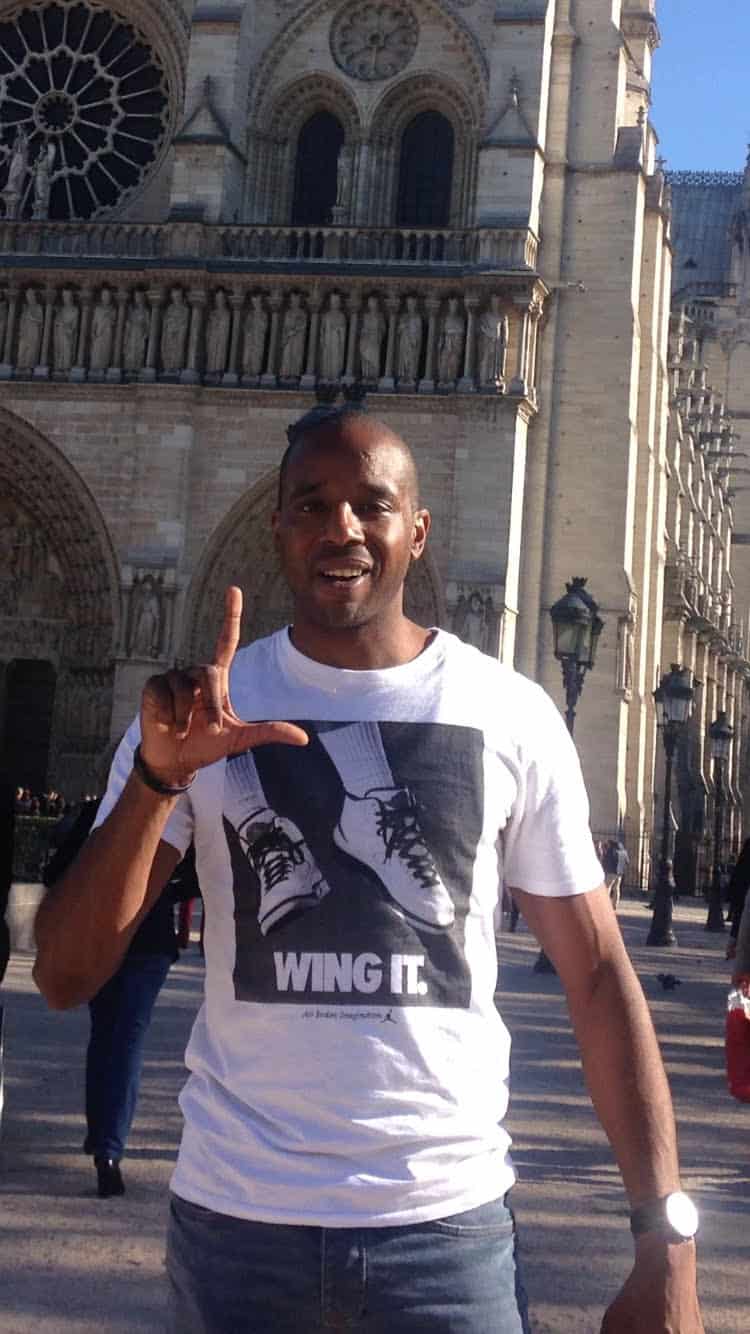 How did you hear about abob?

Through Thurston who is part of abob Cornwall. He told me at an airport in South Africa that he knew I would love it. So I did Beyond The Hero in September, 2015.

Had you thought about being a mentor?

Yes, I grew up on a council estate in Birmingham and I always remember an episode of Fresh Prince where he goes back to his neighborhood to help out. So I always wanted to do a version of that. Another reason for my involvement was there weren’t many good male role models on that estate where I lived, so I wanted to make a difference to some younger men in a similar situation.

How was the rites of passage weekend, BTH, for you?

Interesting in a good way. I had never seen men come together in this way before. I had trust issues around men so this was healing for me. I saw the strength of this male community and how supportive it could be. It was very powerful for me.

Did you know about rites of passage?

I had an idea from films I’ve seen set in Africa, this gave me a vague idea about tribal rites of passage but I didn’t really know much about what they were. But it was brilliant, I loved it. For me, it was about growing up and being a man rather than a boy.

How has mentoring been for you?

I did the BTH weekend and then became a mentor to Jemel a month later and then to Mckennedy. It was really good. We met up every week and the challenge to me was to keep him engaged and encouraged. It meant being constantly open and honest. I remember being so moved when Mckennedy said that until this point in life, he didn’t realize that he could be anything except a criminal. It moved me that abob shifted his perception of what he could be. We have become friends. I still talk to both of them. It moved me because I could so easily have been him, I was into petty crime as a youth but no-one caught me and my mum sent me a different school to my friends, in order to help me academically. And it worked. Then I was in a bad place again when I was on trail for Aston Villa but I was injured, they changed manager and I eventually got released. I descended into a bad place. My mum stepped in and sent me down to London. I’m aware that lots of the young men that come to abob haven’t had a parent step in for them, and so it feels good to be part of that. Well done mum.

You have made an abob promo film?

Well, it was a collaborative venture with some of the young men. And is about 10 mins long. They thought of the idea and pretty well did it themselves. And now I’m doing a new one, which is about the young men and I aim to get it into festivals.

How do you find the weekly meetings of young men and mentors?

They are very well attended, about 20 of us turn up. They are great because they keep us all engaged both with each other and abob. We work on ourselves as men both collectively and individually. I learn so much about myself from listening to men’s stories.

Have your family and friends noticed a difference in you?

Yes, they all ask what I’ve been doing because they see a change. It’s to do with me being more authentically myself. I don’t need to wear a social mask, I can just be me. It’s enough and that’s a big relief.

And what about abob Haringey?

We’re looking to go bigger, we’re getting a website together and also we’re going to hit the social networks. We’re also out in the community giving out fliers, also helping out at community events like Father to Father. What I love about our Haringey group is that we’re so diverse.