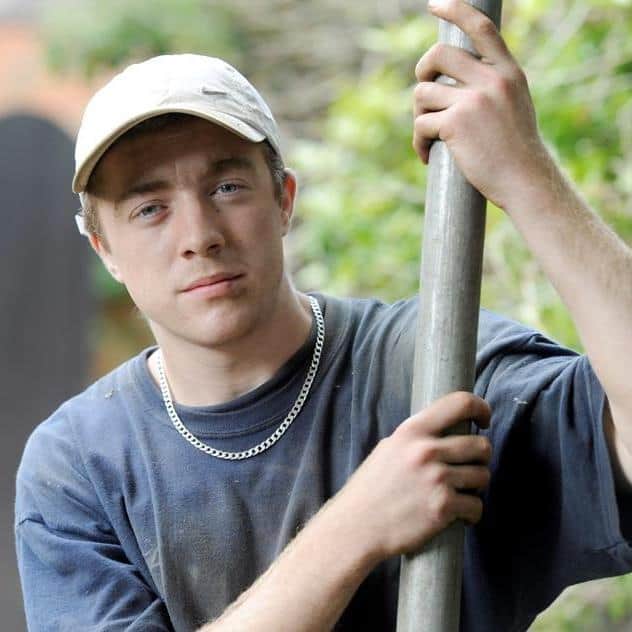 My name is Tony Frape. I’m now 20 years old and live on an estate in East Brighton. I left school with no qualifications and found it really hard to find any work. By the time I got involved with A Band of Brothers I’d become really angry and frustrated with life. I’d got in bits of trouble with the Police and things were generally heading in the wrong direction. When I did the first training weekend I’d no idea what I’d let myself in for. I wasn’t sure about any of the blokes that were there and my mentor Rob was definitely on another page! At some point on the weekend I realised that the men from A Band of Brothers were just there to support me in finding things to do in life that meant something and that made me and my family happier. I found it hard going to the weekly groups that came after but really appreciated my mentor Rob calling me up and meeting up with me. The best thing that Rob showed me was that you don’t have to do well at school to end up doing well in life. Rob’s got his own business teaching people survival skills in nature. I spent a whole weekend with him in the summer with some of the other guys and none of us wanted to come home by the end of it! The guys from A Band of Brothers helped me to be more confident about working life and getting a job. About 7 months ago I got a job as a trainee Scaffolder and have worked full-time for the company ever since. I haven’t got in any more trouble and it feels great to be grafting and earning proper money. I also recommended A Band of Brothers to my younger brother and, 2 years on, he’s just completed his training with them as well. It’s great to know there’s a project out there for men of all different ages and that me and my brother can stay involved for as long as we want.

Know someone who could benefit?

Or want to help us help more young men?