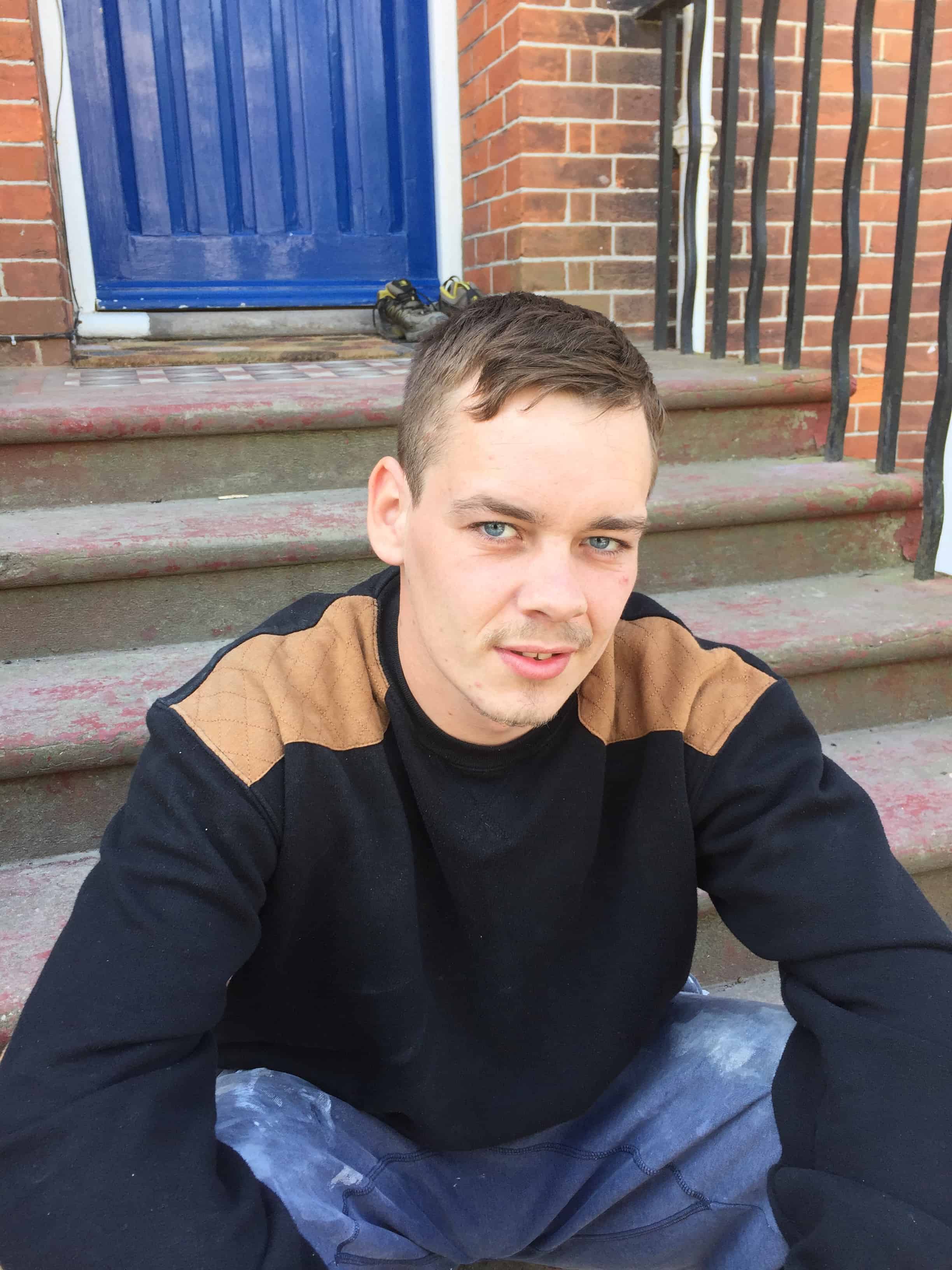 I’ve got a couple of mates from the White Hawk Estate where I live, who’ve done it. One of them told me ‘It’ll do you some good’ so I signed up to The Quest without knowing what I was doing.

Tell me a bit about your background.

It’s pretty dysfunctional. My mum and dad are still married but there was a lot of fighting when I was growing up. I was arrested myself for fighting at 13 and by the time I was 17, I was locked up for GBH. I was thrown out of lots of different schools for fighting, even with teachers.

How did you feel about it?

At the time, I didn’t give a shit because I didn’t know anything else. I wasn’t in touch with my feelings.

Who did you encounter first with abob?

Mark and Harvey, older men who are great because they’ve had their own issues but found peace within themselves.

How was the Quest for you?

I was completely out of my comfort zone. I felt as though I’d been thrown in the deep end and at first I withdrew. After that, I opened up and joined in. This weekend brought stuff out of me about my upbringing that I’d never shared before. I found a way to express myself in a completely different way. I had never believed I was worthy of anything, and this weekend helped me realise that I was worthy of a job, a future and more. I really like that all the men are there for each other. It makes such a difference.

How did you express yourself before the Quest?

I just didn’t give a shit about what I did. I wasn’t in touch with my feelings. I grew amongst a lot of violence and fighting, and so I thought it was normal to fight. I have discovered through abob how hurt I have been, and how that has translated into me hurting other people.

What do you think of the intergenerational aspect of abob?

It’s really good. That feeling that we are all equal whether we’re older or younger, is so important. I was helping one of the men re his newborn baby the other day. We look out for each other.

How have the sharing circles helped you?

They have helped the most to be honest. It’s invaluable to be able to share our emotional issues together. And then someone will read a poem. And it might be about challenging each other. But it’s all done with integrity.

What effect has this all had on your relationships?

It’s brought me much closer to my dad. I can talk to him much more now, before I used to withdraw and shut off.

I’m working as a builder, which is great

How is your life now?

I still have issues but it’s much better. I’m earning money, I have a place to live and I feel supported.