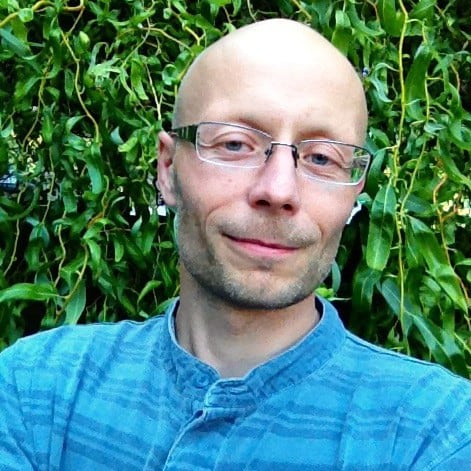 Kids Company; key worker; child counsellor; Forest School Leader; men’s circle facilitator
What attracted you to joining abob in London?
“I’ve been promoting the idea of men working with boys in Kids Co for the past two years. I facilitate a Fathers and Sons group, with the aim to create a space where men, fathers and boys can support each other and first of all spend some time together. I have seen many boys craving for some quality time  with their father or a male role figure.  I’ve also been a part of a men’s circle which I started over 3 years ago together with a friend of mine who became my brother. When I heard about abob, I just thought they were another charity and I wasn’t particularly interested. Then I met a man who told me about his experience of BTH. I decided to give it a go and  Beyond The Hero weekend with its rites of passage changed my life. It was truly amazing.”What was the most important aspect of this training weekend for you?
“The number of men who had already done BTH and were staffing it as volunteers. That was very unique and also made the environment incredibly safe which meant we, participants could dig deeply inside ourselves. Through honest exposure work, I found I felt profoundly loved and accepted. Before attending BTH weekend I had the concept of abob in my head. It was more of  an intellectual concept more than anything else. After the weekend abob was in my heart. I could truly feel  it in my heart and my whole being. For the first time, I felt the difference between love that comes from men and one that comes from women. And my heart has been craving the former for a long time. Also, for the first time in my life I felt safe enough to completely surrender during some of the processes.  That was big and something I didn’t see coming nor was I expecting to happen. It was possible because I was surrounded by a circle of men who accepted everything that came out of me.  All the shame, the anger an ocean of pain that I didn’t know was there. It was beyond words. Had I experienced this sort of masculine love and support as a young man, I would be a different person now. This sort of ceremony to mark manhood is so important. There’s also a real sense of community which feels nurturing and so different to what we are offered elsewhere in society.”What qualities meant the most to you?
“So often we, men, are absorbed in competing and judging. For the most part of my life I was operating from that space of having to prove something to others and myself, often by putting on a show. BTH was different. I’ve moved from having to compete and judge other men to start to see their beauty and power. The power with not  the power over. And I realised that the natural way to step into my own power is to support those around me in claiming their own beauty and power. It’s a way of working in collaboration rather than competition. I didn’t feel threatened. Instead I felt a deep connection with each and every men on that weekend. I also loved the diversity and the different generations of men represented there. Showing my own and connecting with the vulnerability of other men can be very empowering. I also loved that no-one told me what to do, but rather supported the change that I wanted to make.”What did the acceptance mean to you personally?
“I was asked who do I want to be as a man, as a human being. And then the invitation was to claim all of that I am and want to become. To do my honourable best. And  having a bunch of emotionally intelligent men both witnessing and holding space for  my process  was absolutely priceless. For me this was the most important aspect of the BTH weekend – being a part of a community.  What’s even better, the beauty of it didn’t stop there. I went on to staff a BTH for new men and I’ve been attending a weekly circle in Tottenham since then. It has become an extremely important part of my life. “What do you see as aBoB’s potential?
“I see how it could go national and then global. To infinity and beyond so to speak.  It offers our society a way of recognizing and acknowledging boys as men. Something that has long been lost and forgotten. With abob, young men can find what they might be looking for in life in a healthy way. With the guidance of elders. And for me it’s a two way street – as a mentor I can learn from young men.  I didn’t have that experience as a young man and the beauty of this work is that it is never to late for a man to claim his masculinity in a more meaningful way, with beauty and love. I feel the impact of having done BTH every day. And with that, I am out…”
This website uses cookies to improve your experience. We'll assume you're ok with this, but you can opt-out if you wish. Cookie settingsACCEPT
Privacy & Cookies Policy