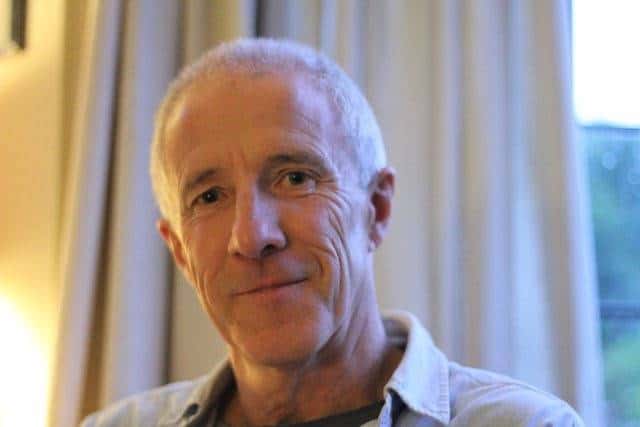 How did you know about abob?
I had been part of another men’s group for several years, but was always looking for something more.

What attracted you to being a part of ABOB?
I never had children but had often thought I could offer something to young men. I’m retired now and wanted to get involved with community work. I thought maybe now that I’m older I could be less self-focused and offer more of myself to others.

How was the Community Quest that you did?
Brilliant. The other men’s group I’m involved with didn’t quite offer me a satisfying ‘rites of passage’ experience, but ABOB’s really did. I experienced it as boundaried, yet respectful also.

I felt challenged, but the sense of safety and containment encouraged me to open up and do some work on issues that had previously been holding me back. The biggest takeaway was the feeling of brotherhood that I got from the weekend, and the send off was a remarkable affirmation of that.

The Community Quest is, I believe, a new idea where young and older men do the rites of passage side by side. The age difference just didn’t matter as we each shared our stories and we came to acknowledge each other as equals and as fellow men, and all that being a man can involve. There was no sense of ‘us and them’.

There was one younger man on this weekend that I was cautious of at first. But as I saw him gradually open up and transform during the weekend I came to greatly admire him, and indeed other young men journeying through difficult times.

What did you personally get out of it all?
Much more than I thought I would. I have more of a voice than I thought I had. There was a latent power that I discovered during one of the processes – and also a deep well of physical strength. Afterwards, I felt joyful, excited and reassured. I’d finally found the support and community I was looking for.

How do you find the weekly circles?
Stunning. As a man, it’s great to find somewhere that I can truly express myself and not feel judged. It really is an incredible feeling when I have 15 men all focusing on me and looking at me with positive regard. I can really reveal myself and be vulnerable. And I learn a lot from the younger men too. Compared to some of the stories some men have shared I now realize I had a relatively privileged life, I didn’t really know what went on in downtown Crawley, how bad it can be for some in terms of poverty and deprivation of basic human needs – love for example. I feel very sad thinking about what they have to go through, yet admire their courage in finding a better life for themselves.

You’ve done the mentoring training?
Yes, there are four of us who are potential mentors for the next quest. We learnt about some potential pitfalls. Things like not taking it personally if a young man doesn’t turn up for a one to one meeting, or perhaps choosing another mentor after a couple of weeks. We also went through some guidelines of what ABOB want from us; not giving advice but learning to listen deeply and be fully present; not rescuing or fixing. Everything was covered that is needed to help us mentors focus on a young man’s need of support. Also, we were alerted to the likelihood of ‘stuff’ coming up for us during the experience of mentoring, and were urged to look within before reacting.

Have you done any community work with ABOB in Crawley?
We did a community day together clearing out the back garden of a couple of local residents who were incapacitated through disability. And at Christmas I spent a morning holding a collection bucket for another charity that supports ABOB.

And have you formed any relationships with other organisations?
ABOB just recently initiated meeting up with Open House and The Forum, organizations that young men go to for housing and other needs. It has been productive to learn about what they do and of some of their difficulties, so that we at ABOB don’t step on their toes. We learned that it is not always easy for them to receive a young man back after a weekend with us. Having opened up to us he is sometimes in a vulnerable space with uncomfortable feelings and needs more support than their limited night staff can provide in settling him back into Crawley life.

It’s been good to get some insight into how they work with men and what they need from us.
I’ve been to a hostel where some of the young men stay, which helped me understand their environment better, and also to the Crawley police station to listen to police, probation and health workers talk about men they were trying to support in the community.

How do you see your future with ABOB?
I see it as an opportunity to grow more as a man, and I’m becoming more confident about what I can offer. I’m now 70 and beyond this is unknown territory for me, as it is at any age, yet 70 has another dimension of mortality to it for me. Yet it is exciting new territory also, to learn more about my self, my shadow and the struggles that fellow men also encounter. As an elder, I think the way forward is for me to show vulnerability, authenticity and integrity.