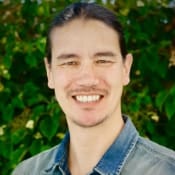 James Wong currently serves as Regional Chief Executive (South) at A Band of Brothers.
Building on successful careers in Hospitality Management, Landscape Gardening and as a Therapeutic Counsellor; James joined aBoB in 2014 as a volunteer mentor and in 2016 went on to lead the local Eastbourne Project.

In Eastbourne, James drew together and mentored a self-motivated team of volunteers and nurtured collaborative working relationships within the community whilst attracting some key local funding that helped support over 50 young Eastbourne men so far.

On a regional and national level, James plays a key part in the development, training and delivery of many of the programmes delivered by aBoB. More recently the “Being Your Own Man” programme run from within Probation across Sussex; a personal development programme on mature masculinity.

James is an ex-offender.

“As a young impressionable boy in my mid-teens and influenced by some older lads, I found myself involved in a burglary without really fully realising I was committing a crime – it just seemed like an adventure I wanted to be part of. Luckily for me, the look of grief on my father’s face in court was enough to steer me away from any further criminal involvement. I also went to work abroad aged 19 which turned out to be a much healthier way for me to slate my thirst for adventure.”

James believes in laying down healthy foundations for our future generations. After many years of feeling frustration and desperation in his efforts he has found new hope and personal potency by coming together in community to share the joyful burden of working with some of the most troubled young men in society.

Sussex born, James lives with his partner Zoe and teenage children. He enjoys walking the South Downs with friends and family and if the wind is right, he’ll be attempting to reach new heights paragliding (still adventurous!), telling the tale to anyone who’ll listen.