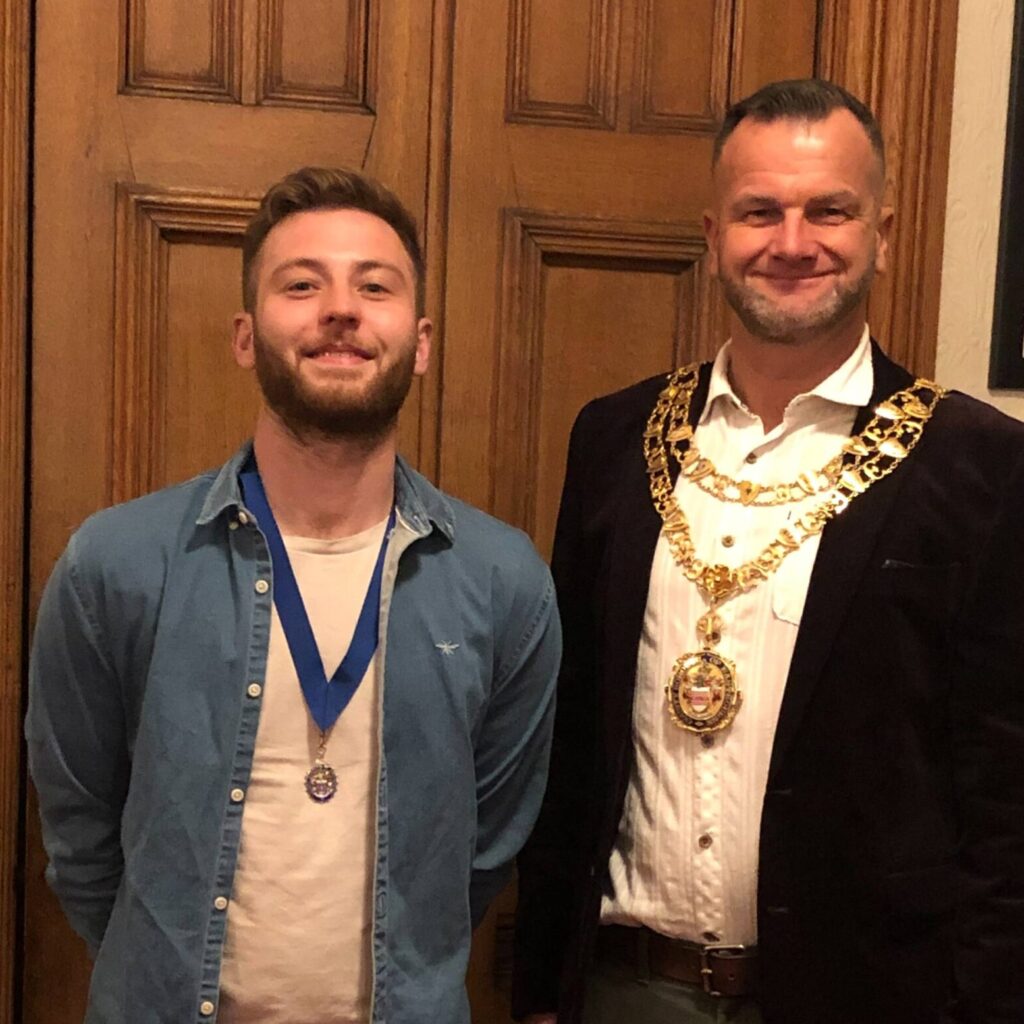 I was first introduced to A Band of Brothers during a ‘Homecoming’ in June 2019 and attended my ‘Rites of Passage’ in September 2019. I found the experience very powerful, and it helped me understand myself better. I have since trained as a mentor and find this work vitally important.

It’s a privilege and honour to be elected as the Conductor of the Eastbourne Community in January 2022, especially as I was born in the town in 1963.

I am looking forward to working with other ABOB Conductors across the country, and the local coordinators here in Eastbourne, as we spread the word of what ABOB do and the benefits we bring to our local communities.

How did you know about Abob?

I’d only been the Mayor of Eastbourne for a month when I was invited to speak at a Homecoming in June 2019, up to then I didn’t know abob existed. I was intrigued when I heard what experiences young men had had on abob weekends and when witnessed how caring the abob men were. I was attracted to mentoring with them and went to an Open Evening and signed up for a Community Quest weekend.

How was that Community Quest Weekend?

Well, I am the sort of person who likes to take a luxury cruise so the thought of a one-man tent could not have been less appealing, I couldn’t have been more wrong, I loved it. The mystery, the processes, I made profound connections with other men. I thought I wouldn’t be discussing my personal stuff beforehand, but it was all structured so well that it was a natural part of the weekend. I expressed myself like I never had before.

Did it change your relationship with men?

I had three sisters and a domineering mother, so the weekend re-dressed the balance. I had a sense beforehand of never belonging anywhere properly and I really felt I did belong with abob men.

So, you did the Mentor Training?

Yes, I was about to become a mentor when lockdown happened. Unusually my mentee was a young man that I know. Dan, 24 – he works with me and he was manifesting lots of different emotional issues. I care about him so I thought abob mentoring might be great for him.

In the meantime, lockdown happened, abob couldn’t run their normal face-to-face weekends or mentoring so another option was developed which was the National Quest Cycle Preparation which is preparation for the weekend and a way of keeping mentees and mentors connected to the work while the pandemic goes on. It’s an hour a week for ten weeks with a mentor, either face to face if we are allowed or Zoom/phone if not.

How did you find it?

Rewarding. We had weekly themes provided by abob – like relationship with fathers – and we’d spend an hour sharing our experiences although the focus was on Dan so most of the time I would be listening.

How did it work out?

It was so important that abob was there for young men during this era when mental health issues are bursting forth even more than usual in young men. It was important that we both lived locally. Confidentiality is also paramount, so the young men feel safe.

The other thing that I stressed to Dan – was that I was available 24/7 on the phone and to know that he could ring me at any time. I wanted to offer that so that he trusted me and felt looked after and connected.

How did you manage it at work?

I booked a space there so we could have a private area to talk in. And so, we would talk about money, relationships, addictions etc. for an hour. I do think he was relieved to be able to share with me, a man that he trusted. He also told me some tough stuff about his background, which I felt privileged to hear.

Are you still in this kind of contact with him?

Yes, our relationship is still strong. I have been able to be a role model for him. He didn’t have one on the male front. And he has managed to change his behaviour. That is amazing and so possible with this kind of support. I feel very proud of him. I think he will carry on being a part of abob.