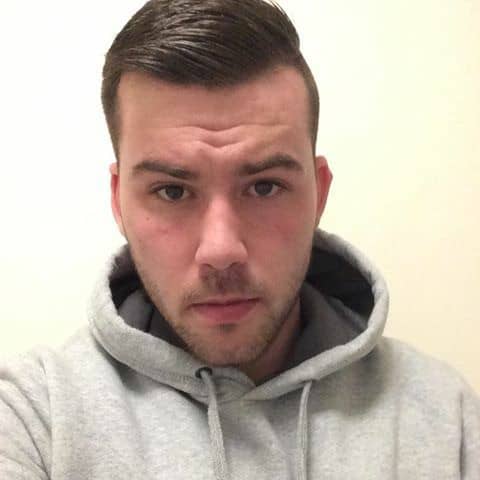 My name is Chris, I’m 24 and I was brought up mainly by my mum in Crawley. I had three older sisters, and an older brother. I’m the baby of the family. I’ve got Type 1 Diabetes and ADHD which both severely affected me as I was growing up. I didn’t like the answer ‘No’. Especially to chocolate. And I’d trash my bedroom if my mum wouldn’t let me have any. I’d eat some and then I’d be hyper. My poor mum suffered, I do feel sorry for what I did now.

At school, I was rebellious. I’d run away and risk not having my insulin injections. I have four a day. I started stealing chocolate from shops. I was 22 stone when I was ten and I’m now 13 stone.
My dad moved out when I was ten. My stealing got worse as I got to know older kids. There were fights when I was 16 and 17. I was known to the police. I had anger issues.

After becoming a part of abob, I feel like a different person. I thought at first it was another programme with older people telling you what to do, but it isn’t. The mentors and other volunteers are very compassionate as well as challenging. When I first met Harvey and Mark, I knew they were cool. They weren’t like other social worker types, they were straight-talking. I liked that. They told it exactly how it was. I felt respected.

The Quest in 2014 opened a new world up for me. I got in touch with feelings that I didn’t know I had plus I dealt with my anger in a different way. There are men there that help to make it safe to express anger. It broke me down to basics – I cried for my mum. I also declared that I wanted to be a youth worker. I’m doing the training (NVQs) now.

Now I staff abob courses and also attend the weekly meetings. Basically I’m a much happier person now. I want to make a difference now, just as abob made a huge difference to me.