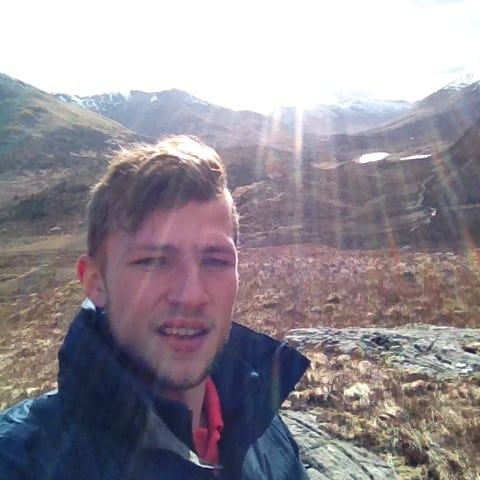 How did you find out about abob?
I was referred by my ex partner’s mum when I was getting into a lot of trouble.

What sort of background do you have?
I was adopted at three, and then went back into care again at ten, and that had a dramatic effect on me. I couldn’t cope. I started fighting everyone. I couldn’t settle. From the age of ten, I couldn’t really care less about anything. Then when I was a teenager, I started drinking and I was a bad drunk. I didn’t make it past Year 7 at secondary school. I was never a thief, I just enjoyed a drink and a fight. I was in Feltham, the institution for young offenders by the time I was fourteen.

How old were you when you found abob?
Nineteen. I did one to one sessions with Harvey, one of the abob team, when I was first in touch with them. That was really good because Harvey comes from a difficult background himself and that made it easier to relate to him. At the time, I’d just been done for assaulting five policemen whilst drunk. What I like about abob is that it really feels like they are there to help, not to talk down to mentees. That makes such a big difference. For the first time in my life, I felt as though I was in a community.

How was the Quest?
I was really out of my comfort zone. I faced myself but it was hard. I knew I had to stop behaving in the way I was. abob definitely have given me a better outlook on life. The most important thing is that abob got me to realise that I can actually have a different life. Before then, I’d been thinking it was over and that I’d give up.

How did it go with your mentor?
Tom Walker has been amazing. It was good because it never felt forced, it felt as though I was choosing to go. He’s now my employer. Being mentored helped me grow up. I’ve been working with him and Robin Life for two years now, which has had an enormous impact on me. I’ve learnt how to hold myself. I’ve learnt about discipline and respect. It has helped steady me. Basically, I haven’t been in trouble since I started with abob.

Do you feel as though you are part of a community of men?
Yes, that’s the reason that I still go to the weekly circles where we share what’s going on for us. That’s a place where everyone gets support, both the older and younger men. That’s why it feels like a community.

And you have recently been to Scotland on another climbing trip?
Yes, we went to plant trees in the highlands. We were going to climb Ben Nevis but there was too much rain. We were a group of younger men with Tom and a few others. It was a five day trip and the aim was to plant trees and add to the wildlife in Britain.

What has abob given you?
A whole new much more positive outlook on life. I haven’t been in trouble since I started to be involved. Abob also helps you think about others.