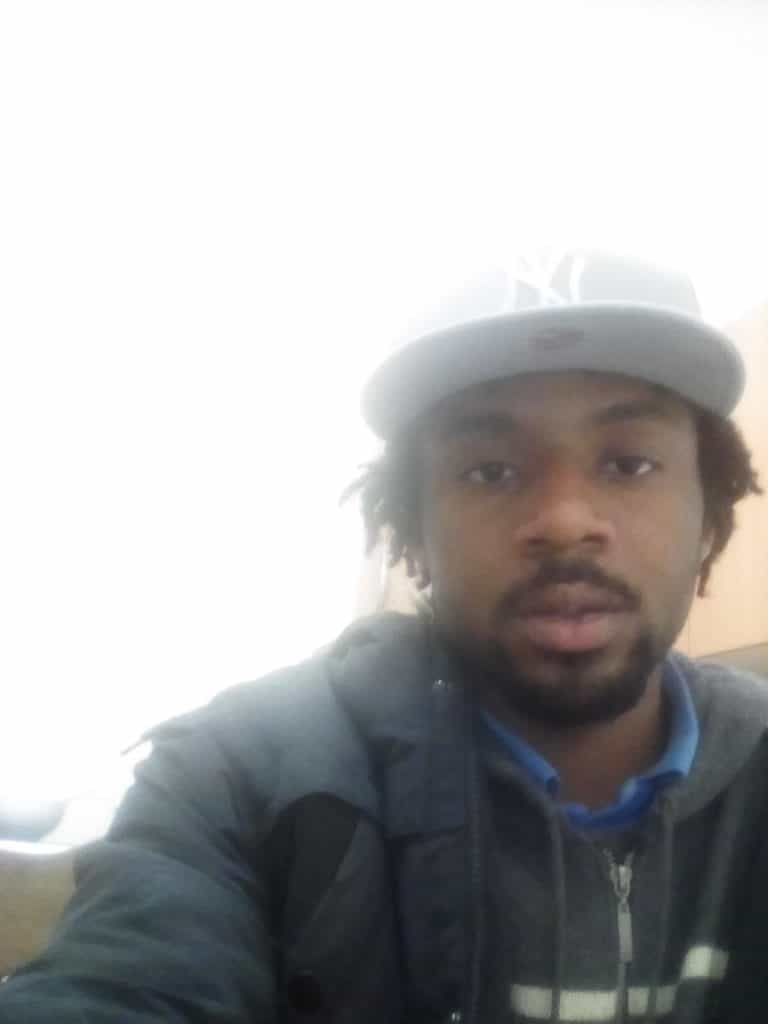 Mckennedy Ariwa, 21, volunteer
Who was your initial contact with abob?
Ken Hinds who is in the organizing team at Haringey abob. My probation officer recommended going to abob, and Ken told me that it would be a positive experience. He’s so upbeat, he convinced me. To be honest, I was a bit iffy about it at first but I decided to go for it.

How was growing up in Haringey for you?
My parents came over from Nigeria and to be honest, we had very little money. I got the idea that I had to make some money, so when the opportunity came along to make some through selling drugs, I did.

You were caught selling drugs?
Yeah, I supplied crack and heroin to an undercover officer at 19. I got 2 and a half years and served 15 months. It was difficult in prison, my parents were very upset and I was sent to the Midlands so I was quite a way from them.

How was the Quest for you?
I found being out in the woods a bit strange and didn’t like the insects. I’m a city boy. At first, I was avoiding the questions that were being asked but then the more you see other men with their guard down, the more you feel able to go in that direction. And then I was able to see deeply into myself in a way that I hadn’t before.

What did you discover about yourself that you didn’t know before?
I found out that I wanted to run my own restaurant. I didn’t know that beforehand.

How did you find it being with this community of men?
Completely different to being in prison. In prison, you can never really trust anyone, they might fight for you one day, and against you the next. And in prison, everyone has a front up. I found it very comforting to be in the midst of a group of men who were absolutely themselves and didn’t have a front up. The abob men are there for you, and really care for you, that is so different. They also back you in what you want to do in life.

How was your mentoring experience?
It was with Marc Senior, who is a filmmaker. He has really supported me in my restaurant idea. He got me to write down all my ideas for food and menus. I want it to be Jamaican, Nigerian, British food. He’s helping me to push forward. Also I rap so he’s supporting me with that.

Do you still go to the weekly meetings?
Yes, they are very useful. We get to express ourselves and also we find out when we’re going in the wrong direction. We get challenged. All of us. Older and younger.

And you had a Homecoming ceremony in July?
Yes, it was great. I think everyone was pretty impressed with how committed I have been to the program.

What have you been volunteering at?
I do work for abob talking to young men on probation about what we do. And at Cancer Research shop, a soup kitchen and Efab that mend computers for older people.

What do you hope for the future?
I hope to become the man that I want to be.