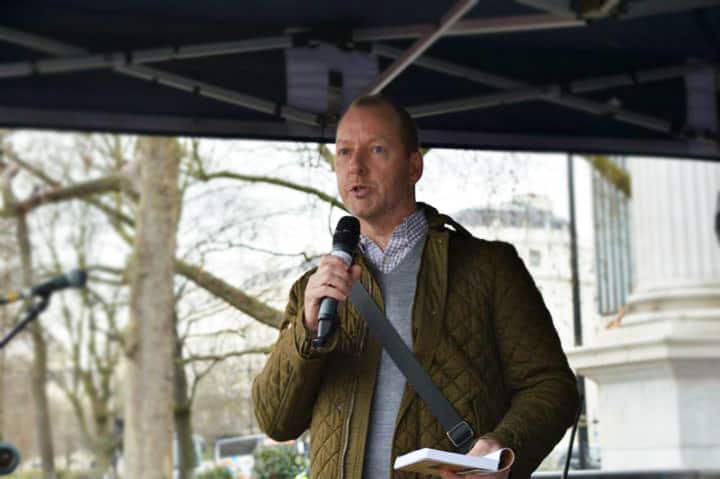 On Feb 14th, Eastbourne’s Paul Allen made a special trip up to Marble Arch to represent abandofbrothers at the campaigning Onebillionrising’s – global yearly event created by Eve Ensler to stop violence against women – stage. UK organiser, Lynne Franks had wanted more men in the mix this year when the focus was sexual violence against young women.
Paul was one of three men up there. “I told the two thousand strong crowd that abob believed in rites of passage, male role models and non-judgement in their mentoring of young men. I said that we’re changing the world one man at a time and a big cheer went up.”